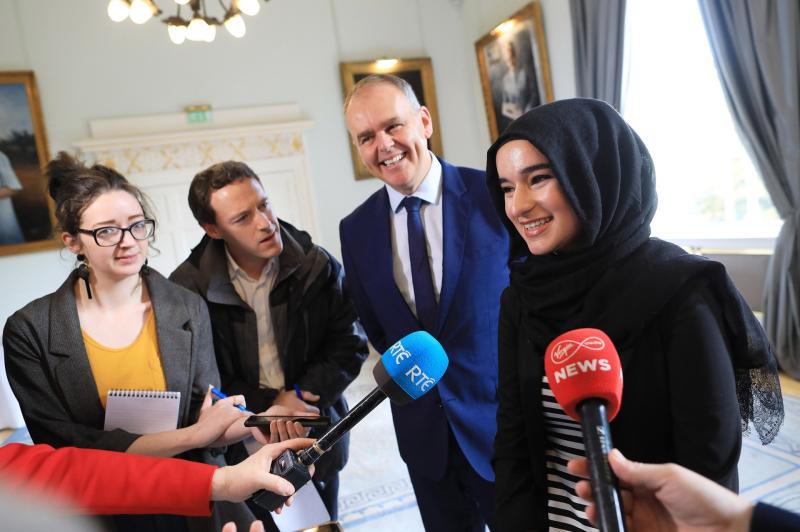 A Laois student who came to Ireland as a refugee from Syria, is the first winner of an important new medical scholarship honouring an Irish Nobel Prize winner.

Suaad Alshleh who attended Mountmellick Community School, has been awarded the Professor William C Campbell Bursary, for her studies in Royal College of Surgeons Ireland (RCSI).

The Minister for Education and Skills Joe McHugh TD awarded her the bursary on Wednesday November 6.

“Our aim with the Bill Campbell bursary was first of all to recognise a Donegal man who worked to become a giant in the world of science and preventative medicine. But I also want to see us use Bill’s life, legacy and works to motivate the next generation of students to follow in his footsteps, to replicate his ambitions and dedication and to work to transform the lives of others," he said.

“I am delighted to be able to offer the scholarship to Suaad Alshleh. She is an inspiration and I hope she enjoys her studies at such a prestigious institution as the Royal College of Surgeons Ireland. Professor Campbell’s legacy is something that we should build on and by supporting students like Suaad and others in the coming years we can do that.”

Ms Alshleh said: “The Professor William C Campbell Bursary is an incredibly generous commemoration of a brilliant scientist that gives students from disadvantaged/DEIS backgrounds the opportunity to pursue third level education. As the first recipient of this award, I can only dream to, one day, have as far-reaching an influence on the world as Professor Campbell has had".

“And as a Syrian refugee, I‘m incredibly grateful for the Irish community as a whole for embracing me as one of their own and supporting and encouraging me, through initiatives like this, to realise my dream of studying medicine.”

Suaad arrived in Ireland as a teenager, first being placed in a Cavan centre with her family. They moved to Laois a year later, with Suaad specifically choosing Mountmellick CS for the Senior Cycle because their subjects included those necessary to qualify for studies in medicine. She went on to be awarded academic and student of the year awards.

Principal at Mountmellick CS Larry Curtin said he and his staff are all thrilled for Suaad.

"Suaad had outstanding Leaving Cert results and I have spoken to her then and now to congratulate her. We are absolutely thrilled for her. Not only is she an incredibly hard worker but she was a very engaging student, with a pleasing personality always with a smile on her face when you met her in the corridor. It is reassuring to see someone with those personal attributes as well as the academic ability going into medicine. We are delighted to see her progress and wish her well," he said. 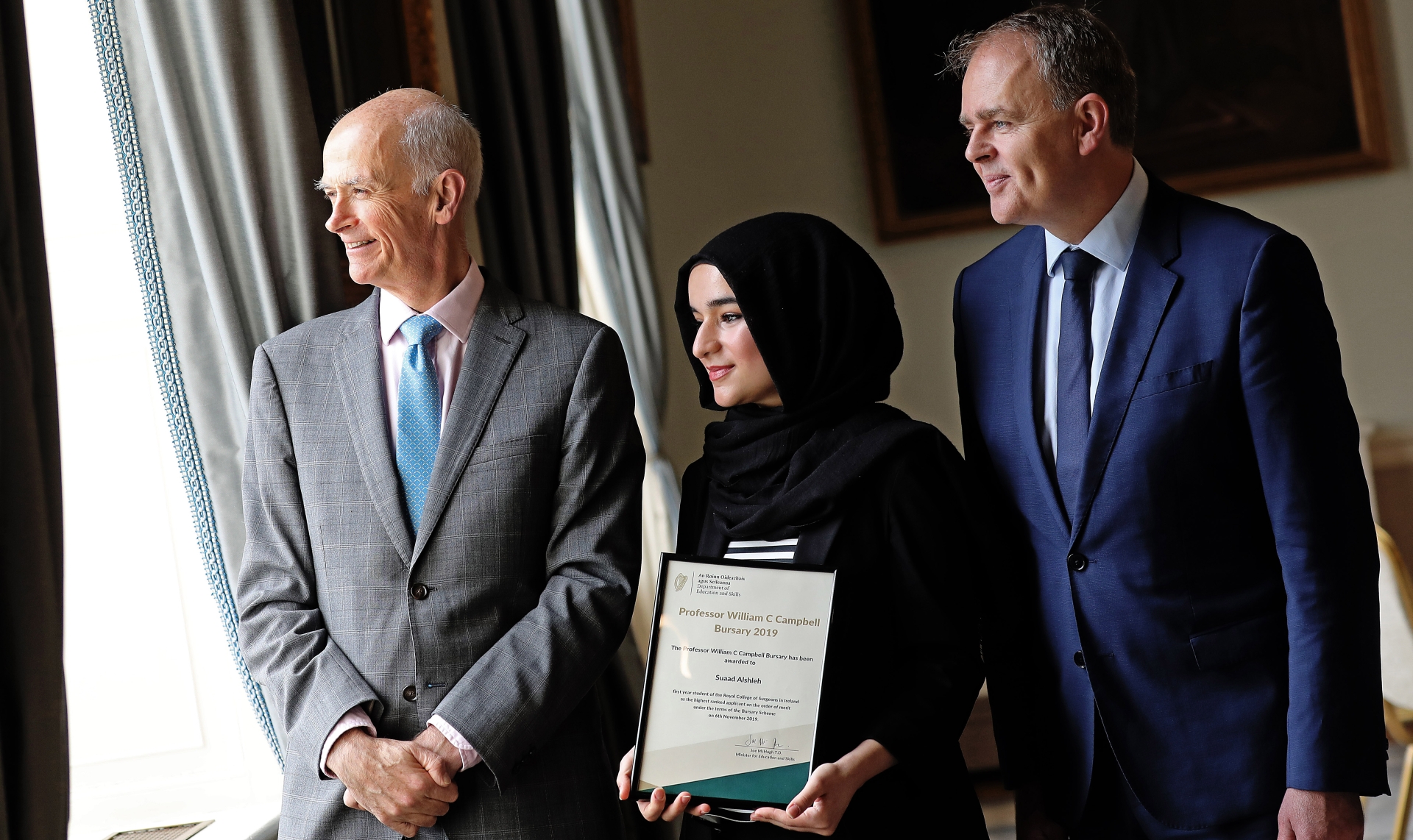 The scholarship recognises the work of Nobel Prize winner Prof Campbell, from Ramelton, Co Donegal, whose research helped developed a drug treatment for River Blindness and saved the sight of millions of people around the world.

The competition was open to students who completed their Leaving Certificate at a Deis school and were beginning undergraduate studies in the 2019/2020 academic year.

Professor Campbell was awarded the Nobel Prize in Medicine in 2015 for his development of a cure for River Blindness while working with pharmaceutical company MSD. The disease is caused by a parasitic worm.  Prof Campbell’s treatment has saved the sight of hundreds of millions of people in Africa, Latin America and Yemen.

Welcoming the announcement the Minister of State for Higher Education Mary Mitchell O’Connor T.D. said: “I want to see target groups given more opportunity to reach their potential. The award of the first Professor Campbell Scholarship is a symbol of our work on this front and I wish Suaad and her family the best for the future.”

The Professor William C Campbell Scholar is eligible for a €5,000 annual bursary. They must have studied at least two science subjects at Leaving Certificate and applied to study an approved course leading to a primary degree in Zoology, Medicine, Physiology or Biomedical Sciences at undergraduate level in an approved Higher Education Institution.

Below: Suaad and her parents with Minister McHugh and Minister of State Mary Mitchell O'Connor. 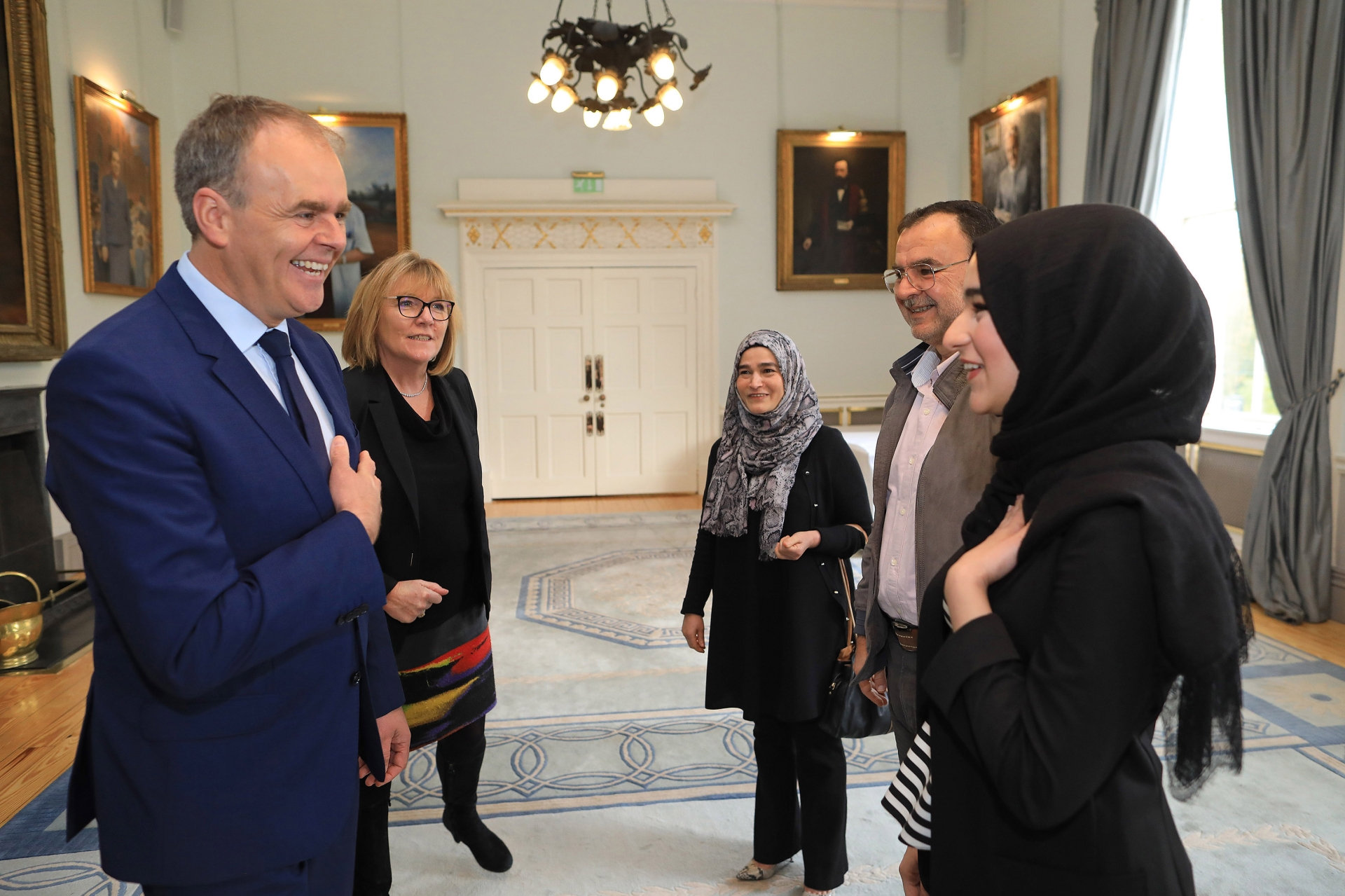