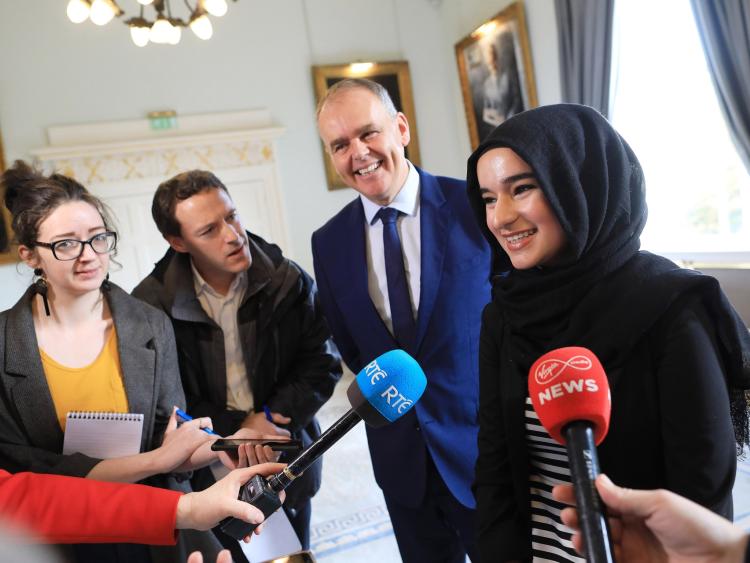 A former Laois secondary school student who came to Ireland seeking refuge from the war in Syria, and is now studying in the Royal College of Surgeons, has been praised by the President of the European Commission Ursula von der Leyen.

Suaad Alshleh came with her family to Ireland to escape war in Syria.

She arrived in Ireland as a teenager, first being placed in a Cavan centre with her family. They moved to Laois a year later, with Suaad specifically choosing Mountmellick CS for the Senior Cycle because their subjects included those necessary to qualify for studies in medicine. She went on to be awarded academic and student of the year awards.

in 2019 she was awarded the new Professor William C Campbell Bursary, for her studies in Royal College of Surgeons Ireland (RCSI), presented to her by the Minister for Education.

The EC President mentioned Suaad while speaking of the need to harness the skills of refugees during her State of the European Union address.

"I think of Suaad, the teenage Syrian refugee who arrived in Europe dreaming of being a medical doctor," she said.

"Within three years she was awarded a prestigious scholarship from the Royal College of Surgeons in Ireland."

Suaad, 18, had no idea that the EC President would be mentioning her in her speech.

Her parents, both engineers, are "over the moon".

"I feel incredibly honoured and so happy and grateful to be able to represent RCSI, Ireland and Syria in this light. While I’m glad my hard work and dedication came to fruition, many other refugees haven’t been embraced and afforded the opportunities I have," she said.

Prof Cathal Kelly is the RCSI’s chief executive and registrar.

“Suaad is an extraordinary role model for aspiring doctors across the world and we were delighted that President von der Leyen chose to acknowledge her achievements in such a high profile way,” he said.

"We are absolutely thrilled for her. Not only is she an incredibly hard worker but she was a very engaging student, with a pleasing personality always with a smile on her face when you met her in the corridor. It is reassuring to see someone with those personal attributes as well as the academic ability going into medicine. We are delighted to see her progress and wish her well," he said.