Two Laois schools awarded for their actions to save water 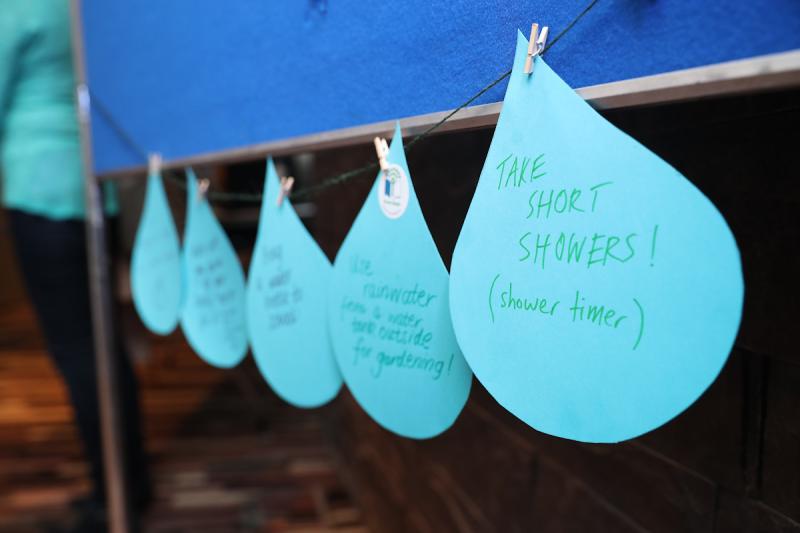 Two Laois schools have won national awards for their efforts to conserve water.

A virtual awards ceremony was screened to 24 schools by Green-Schools & Irish Water on October 21.

Laois primary school Scoil Phadraig Naofa boys NS in Mountmellick were the regional winners in the Primary School category for the Water School of the Year Award.

Scoil Phadraig Naofa impressed by reducing their already low water usage from six to five litres per person per day.

The judges also commended their Green Code, composed by a student: “We're conserving all our water, we’re never going to stop, from Kirwan Park to Davitt Road / We'll Conserve the lot / We badly need your help, so please answer our call / If we all work together / We can conserve it / Allez, Allez, Allez”.

The principal is John Murrell.

“Delighted to have won the regional green schools award today, thanks to all the boys & staff for their hard work in making this happen.” he said.

At second level, Laois student Hanna Mary Biju from Scoil Chríost Rí in Portlaoise was also awarded for her entry to the Green-Schools Water Poster Competition last year, the theme of which was ‘Let’s Take Climate Action for Water’.

The Green-Schools programme moved much of its interaction online this school year, developing a suite of Green-Schools Stay Home resources since March, including 13 weeks of activities related to the Water theme. This is the seventh year of the awards and partnership with Irish Water, which has seen over 2,000 schools attend interactive Water Workshops and Walk for Water Events since 2013.

Jenny Lawlor is with Irish Water.

“A key part of Irish Water’s role in safeguarding Ireland’s water supplies is helping the next generation understand the importance of conserving water. I am delighted to say that in the past year alone, as a result of this programme, Green-Schools have saved almost 600 million litres of water.

“The success of the participating schools in reducing water usage and raising awareness about water issues really highlights how important it is to learn about the value of water and water conservation from a young age.  That’s why this is such an important programme and one that Irish Water is proud to sponsor," Ms Lawlor said.

MC-ing the event from a remote studio, Green-Schools Manager Cathy Baxter said: “It was definitely not the same to be staring into a camera and set of screens for today’s event, instead of at a group of friendly faces, but we have to carry on. Over 200 members of the schools’ communities and each winners’ extended family could watch the ceremony through a live link today and we received messages of support that students and families appreciated their work being rewarded and recognised in this way. Messages like that keep us going at times like this!”

Postponed in May due to COVID-19 restrictions, the ceremony celebrated the winners of the annual Water School of the Year Awards; Water poster competition and Water Ambassador Programme. The Green-Schools Water theme is supported by Irish Water.

Water Schools of the Year: