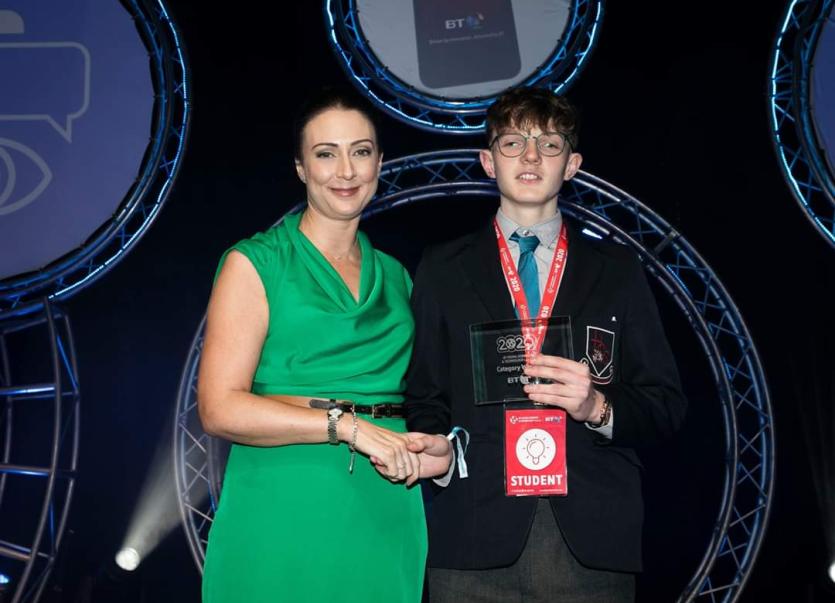 A Laois student is aiming for a scientific hat-trick at the BT Young Scientist and Technology exhibition this year.

Heywood Community School leaving cert student Evan Hogg has been chosen for the third year running to exhibit at the prestigious fair, which will be a virtual event online this January.

Evan won awards at the exhibition in 2019 and 2020, with projects based on the analysis of physical activity.

This year his project again builds on his research so far. His project is called The Regulations At Play Behind Your Physical Activity: A Statistical Analysis Into How We Can Use Sdt To Better Motivate The Nation To Participate In Physical Activity. It is in the Social and Behavioural Sciences category.

In 2019 He won third prize in the Biological & Ecological Science Category for his project on exercise Less is Better, and last year Evan won First Place in the Senior Individual Social and Behavioural Science Category.

A keen and talented runner, Evan is a member of Ballyroan Athletics Club.

His school Heywood CS has a strong recent record in both the Young Scientist exhibition and the SciFest science fairs.

Two more projects are going forward this year from it.

Cillian Moran will exhibit his Project: The Effect of Binaural Beats On Our Memory also in the Category of Social and Behavioural Sciences.

In the same category, team of three Sarah Haide, Aoife Carey, Sinead Uys will display their project called Is Mental Illness Glamorised In Younger Generations and Why Is IT A Trend To Self Diagnose?

The full list of 550 finalists has yet to be announced for this year's exhibition.

For the first time ever, the BT Young Scientist and Technology Exhibition (BTYSTE) will be an all-virtual event, running from Wednesday 6 January to Friday 9 January 2021. The Primary Science Fair – open to primary-level students from third to sixth class – will also continue virtually alongside BTYSTE from 6 to 8 January.