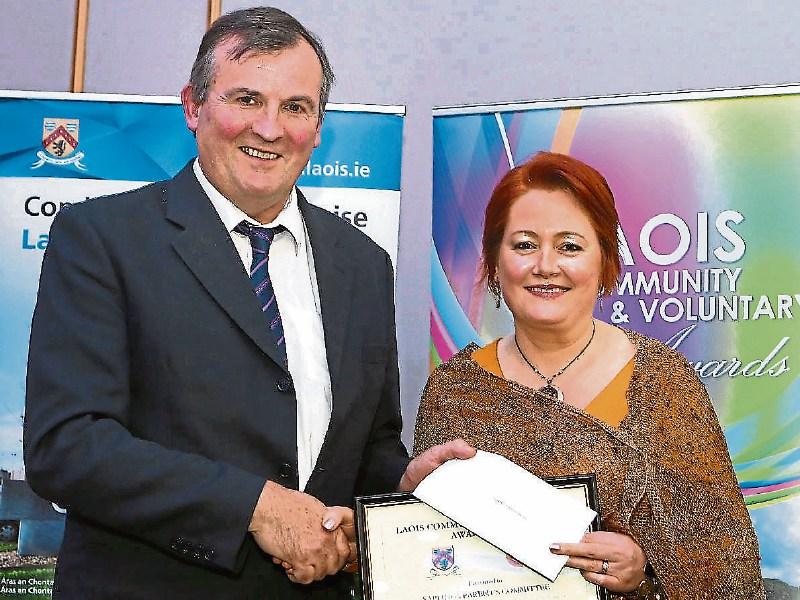 A soccer club and a special school on the Laois Carlow border have been leased land so they can build permanent homes in Graiguecullen by Laois County Council.

Saplings School for Children with Autism rents a building and prefabs in Killeshin. They will lease 1.1 hectares.

St Fiacc’s soccer club in Graiguecullen which has no home grounds is getting 1.936 hectares.

The lands are beside the Carlow northern relief road built by Laois County council in the past decade.

Councillors approved the leases at the November council meeting.

The licence agreement is €1 each and the lease agreement €100. The term is for three years.

Cllr Padraig Fleming and Cllr Ben Brennan took turns to propose and second both the leases.

Cllr Fleming said it is a major boost for education and social amenities for the area.

“Saplings has 30 students from Laois and the midlands, and 30 staff under the guidance of Kerry Wickham. They are in prefabs. This good news is part of a process, they have hurdles and funding issues to overcome. If built it will be state of the art,” he said.

The school and club would share an entrance and a carpark.

“The two committees have agreed to work together. I acknowledge Cllr Tom Mulhall's assistance to date. I acknowledge John Mulholland for supplying an excellent site. I hope this is the critical start to a process,” he said.

“Portlaoise and Graiguecullen are the two designated areas of major growth in Laois. St Fiacc's was founded in 2002 but had no grounds to call their own. They have 250 members and rent grounds from different places and it’s very expensive. When I was elected 11 years ago I met St Fiacc’s and they wanted this then. I thank the council and the hard working committee of St Fiacc’s,” he said.

Cllr Ben Brennan said he had initially wanted the land to be used for council housing.

“I support this 100%. The soccer pitch is an excellent idea. It will give the Saplings students room to go out and explore, they need that bit of space. They were excellently looked after in Killeshin. There will be a lot of fundraising to be done. I hope every councillor gets behind it because it’s for the whole county,” he said.