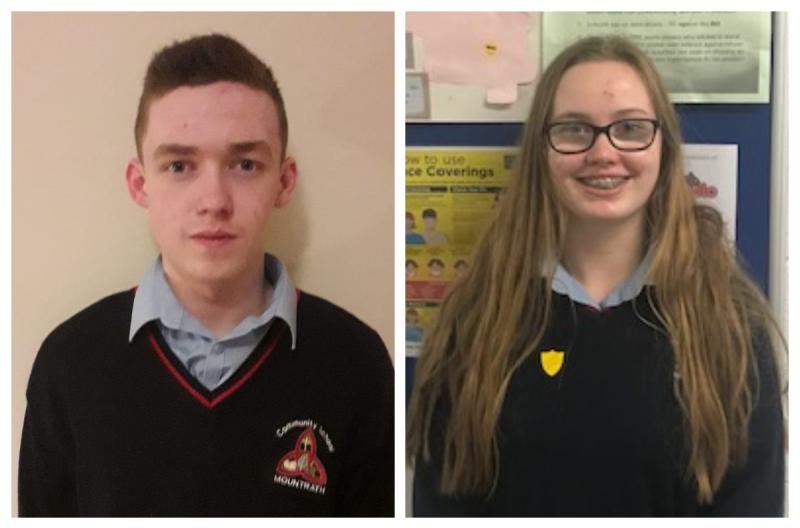 The BT Young Scientist and Technology Exhibition 2022 was held virtually this year due to Covid-19 but that did not stop over 500 projects from being showcased at BT’s Virtual Portal, of which 2 projects are from Mountrath Community School.

TY students at Mountrath, Courtney Chambers and Luke Carroll, were fortunate enough to have their projects displayed this year.

Courtney’s project, an intervention study, was entitled 'A Statistical Analysis on the Influence of Anti- Racist Education on Transition Year Students'. It aimed to investigate the influence of classroom based educational interventions on students in the middle adolescent age group.

Courtney was inspired by her past work with both the ESRI and the ISSU on senior cycle reform, equality within education and the State exams crisis. In her research, Courtney found that when students were educated on racism, they developed a better understanding of racism, through an effect known as the Dr Fox effect.

Courtney used a wilcoxon signed ranks test to analyse her results through SPSS software via her mentor Dr Sarah Foley (applied psychology UCC.  Courtney would like to extend her gratitude to her mentor and teachers for all their help on the project.

Luke’s project’s objective was to investigate the views of different Irish youths on flags and symbols. Luke chose this topic because he often watched the news and saw different groups of people treating symbols very differently from each other. It all came together when on the news, he saw a young American treating the American flag as a sacred object while the next section showed a young group of Iraqi’s burning the American flag in the street. This made me ask “what do young people think of these symbols?”.

Luke designed a survey to answer this question and he used emails, announcements, google classrooms, and word of mouth to get as many people to fill out the survey as he could. Luke ended up getting 214 respondents for my survey.

Luke’s results showed that age and education, over other factors like if they are secular or religious, were the most important factors in influencing how an Irish teenager views symbols and flags. From this, he concluded that there would be fewer cultural misunderstandings and misinterpretations if the curriculum allowed Irish teenagers to learn more about the foreign world, and how its peoples relate to symbols.

Some 39% of Irish teenagers view the flag of Saudi Arabia as aggressive. One person even commented “they are terrorists”. Saudi Arabia is a country of 35 million people, the overwhelmingly vast majority are not aggressive in the slightest.

Misinterpretations like this could be reduced if the findings of Luke’s research are taken into consideration when the scale of the CSPE curriculum is brought up.