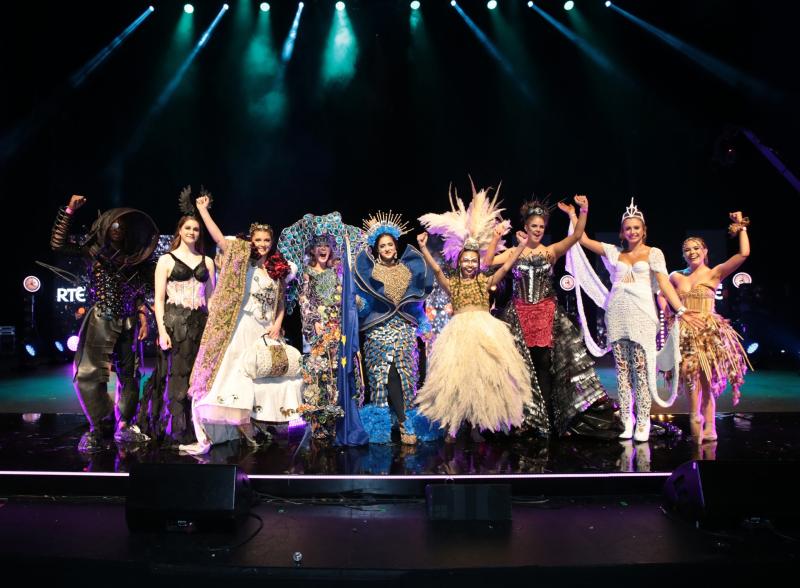 The nine finalists of Junk Kouture 2022

A high fashion creation by Laois students will feature among the chosen nine finalists in the first ever Junk Kouture World Final in Abu Dhabi.

While the Met Gala kicked off the week with some show-stopping designs in New York, last night Thursday May 5 was the turn of Ireland’s up-and-coming eco-conscious creators and fashion designers at the first live final of Junk Kouture powered by RTÉ since 2020.

Sixty haute-couture designs made from 100% recycled materials created and modelled by talented post-primary students took to the stage for the Dublin City Final at the Bord Gáis Energy Theatre.

Nine was the magic number on the night as nine creations by young designers aged 13 -18 years from around the country were chosen by the Junk Kouture judges Louis Walsh, Roz Purcell, Soulé and Stephen McLaughlin to represent Ireland at the first ever Junk Kouture World Final in Abu Dhabi later this year.

One of the nine is ‘Minima’ by Alison Dalton, Emma Touhy and Orlaith McNamara of Scoil Chríost Rí, Portlaoise, Co Laois, made out of over 100,000 tiny Styrofoam beads found in an old beanbag chair and inspired by designer Zac Posen. 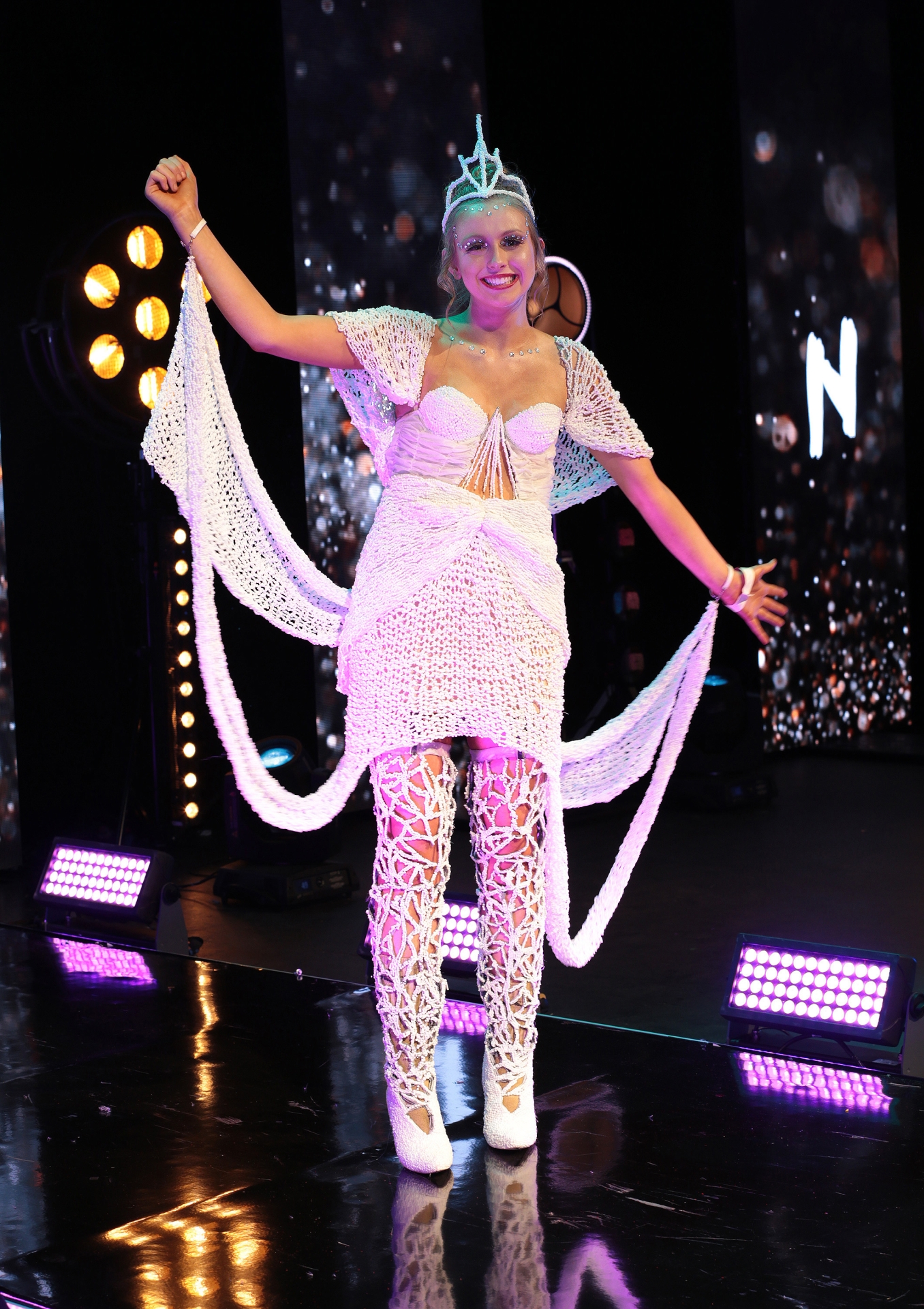 However, all hope is not lost for the other Laois finalists who didn’t make it into the top nine, as RTÉ 2FM’s Tracy Clifford revealed there was still a RTÉ Wildcard spot still up for grabs.

A public vote will open immediately after the broadcast on 19th May for the audience at home to vote for their favourite.

The tenth design to represent Ireland at the World Final will then be announced live on RTÉ 2FM's Tracy Clifford Show in June.

The other eight designs heading for the World Final are:

‘Back to the Future’ by Joshua Osabuehien and Solomon Eduard (model) of Cnoc Mhuire, Co Longford, a futuristic coat of armour against climate change made from an old laundry basket, car wipers, and an old shower mat.

‘Acantha’ by Genevieve Keane of Ursuline Secondary School, Tipperary inspired by the story of St Patrick and made from potato sacks, curtains, wool and old carpet.

‘Ode to Joy’ by Maha Shahzadi (model), Jadine Keane-Fitzpatrick and Somaia Anwari of Coláiste Nano Nagle, Limerick, inspired by the European Green Deal and made from tinfoil, bedsheets and old rope.

‘Black Swan’ by Sky Synnott of Mount Sackville Secondary, Dublin inspired by the story of the Ugly Duckling and made from old raincoats, pillows, duvet covers and hangers.

‘On Pointe’ by Orlagh White and Emma Connolly of Borrisokane Community College, Co Tipperary promotes the revival of old Irish craftsman ship, using weaving, knotting and threading techniques and is made from bulrushes and feathers.

‘Queen of Cutlery’ by Hannah Potts and Louise McChesneys of Monaghan Collegiate, Co Monaghan, made with metal forks, knives and spoons. 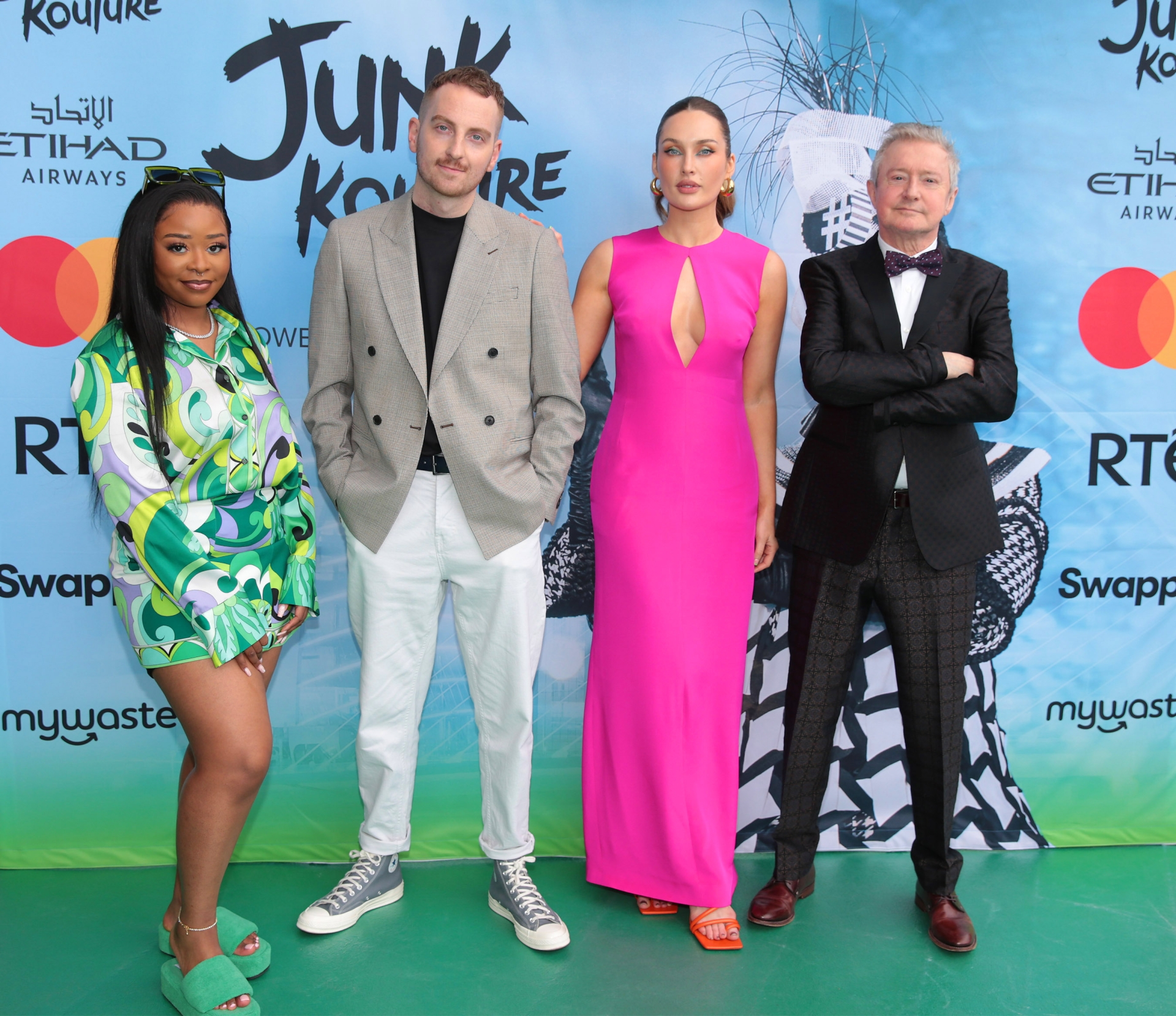 “What a show – I was buzzing watching everyone take the stage! I am so excited for our World Finalists who will be representing Ireland at the World Final. This was my first year as a Junk Kouture judge and I was more than impressed with the level of creativity, imagination, and performance that was on display last night. It was such a tough decision whittling down the 60 designs to just nine, the standard of these designs absolutely blew us all away.”

“Every year Junk Kouture continues to get bigger and better – and this year these designs will be making their mark on the World stage. I think we have found some really special designs here in Ireland, any of these nine could be the next big designer of the fashion industry – they are incredible!” said

The CEO of Junk Kouture is Troy Armour.

“It’s amazing to be back at a live event kicking off Junk Kouture’s Global Tour here in Dublin City. As always the standard of designs was absolutely incredible. Well done to our winners! We are so excited for our first World Final in Abu Dhabi, bringing Junk Kouture to more young people around the globe, enriching and empowering their lives through creativity and sustainability and introducing the world to the circular engineers of the future.”

“We are delighted to support Junk Kouture and enable students all over the country to embrace the principle of sustainable living whilst unleashing their inner creative genius. It is even more important than ever for RTÉ, as the National Broadcaster, to play its part in connecting participants with a wider audience through RTÉ2 and RTÉ Player and keep the important issues of sustainability and climate consciousness front-of-mind with younger audiences.”

The final 10 Irish designs will be up against 50 other designs - 10 from each of Junk Kouture’s other city finals in their five new territories: London, Paris, Milan, New York and Abu Dhabi.

At the World Final, there will be six individual City Designer Awards for each location plus the first ever Junk Kouture World Designer of the Year. Other prizes up for grabs include the Glamour Award, Wearable Art Award, Innovation Award and a Performance Award.

The Creative Ireland Programme continues to support Junk Kouture across several areas developing its online education resources to ensure that students and educators alike can avail of educational material around Junk Kouture’s three areas of focus – creativity, sustainability and entrepreneurship. Programmes driven by the support of Creative Ireland will help educators encourage young people to become micro-influencers for change through creativity and circularity.