Laois school officially the greenest in Ireland after national award 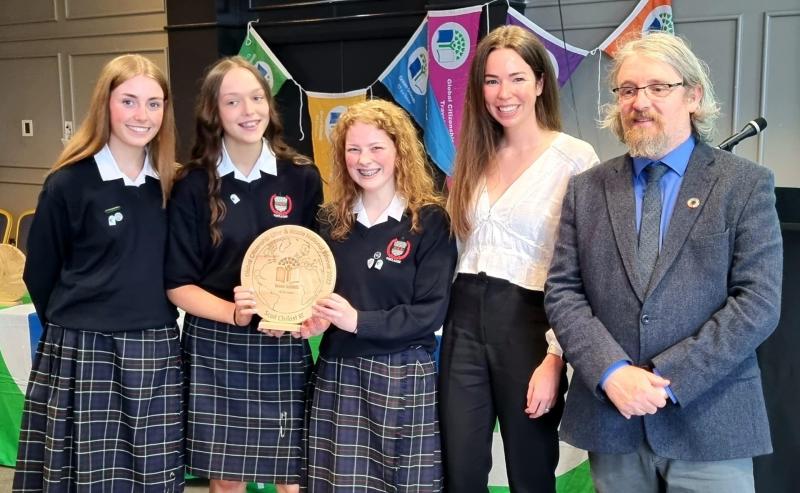 A Laois secondary school has become officially the greenest school in Ireland.

Scoil Chríost Rí Portlaoise has been awarded the National Global Citizenship School of the Year, by An Taisce and Green Schools Ireland.

The school is also the regional winner for the Global Citizenship Litter and Waste category.

The awards recognise a year of hard work and determination by the Green Schools committee at Scoil Chríost Rí, focusing on the theme of Global Citizenship Litter and Waste.

Three representatives from the committee, Mary O’Brien, Tara Ring and Hannah Guinan attended the awards ceremony in Athlone, Co. Westmeath on May 19. 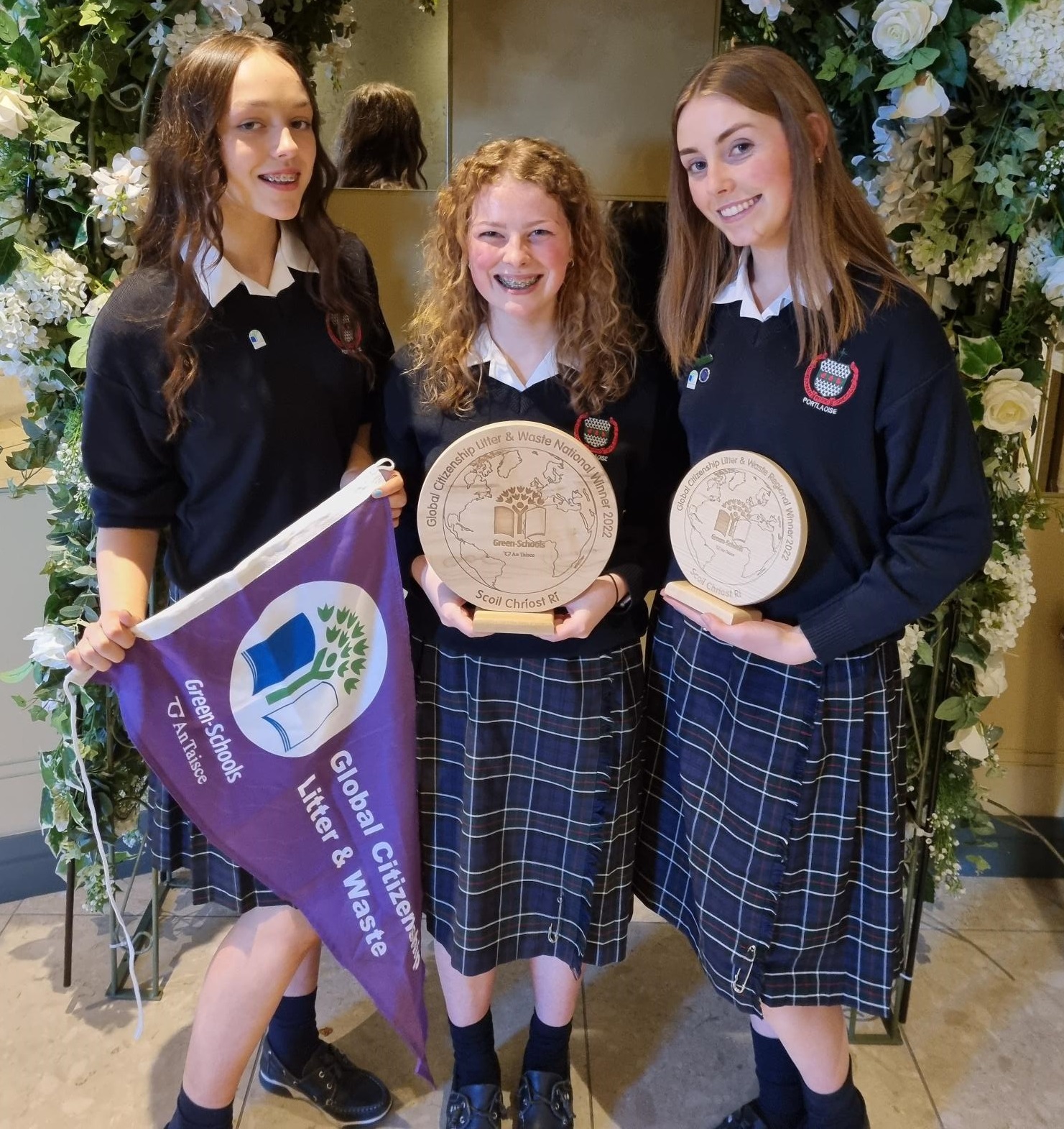 Throughout the year the Green Schools Committee have been working on different projects and initiatives to earn their Global Citizenship award.

At the beginning of the year, the committee decided to focus on one big change they wanted to make in the school. “Scoil Chríost Rí is going Plastic Free” was the name of this project. The aim behind this was to eliminate the use of single use plastic bottles in the school.

To start the initiative, they launched the campaign via social media, the school notice boards, colourful posters, and word of mouth.

The committee then sourced a high-quality refillable water bottle to sell to their school community. Over 300 bottles were sold to staff and students throughout February and March. The initiative received massive support from the entire school community and the ban of single use plastic bottles was well received.

Last March they organised a Sustainability Week in the school. Students were taught a different theme daily in their 9am classes. All teachers rowed in to bring home the message that we can all do better in combating climate change. Students learned how to recycle properly with 1st years enjoying a frantic lunch time challenge to sort waste.

IN PICTURES: Schoolchildren saddle up for weekly Portlaoise cycle bus

As part of the week, the Green Schools committee also organised a Zoom call with Sue Adams from Education for Sustainability learning about the damage that plastic does and alternatives to it. They learned about Fairtrade and fast fashion, while also raising €1,710 for Ukraine with a blue and yellow clothing day.
The committee also installed three monitors around the school to measure air quality- a Traffic counter, Particulate Matter (PMs) monitor and test tubes to measure Nitrous Oxide levels.

The school undertook these initiatives to fulfil actions by the Green School’s committee under the guidance of Marion Healy.

"The energy the students brought and the great excitement the Global Citizenship School of the Year awards has created is great. The work of the committee is providing vital lessons that the student body will need as global citizens in this ever-changing world," she said. 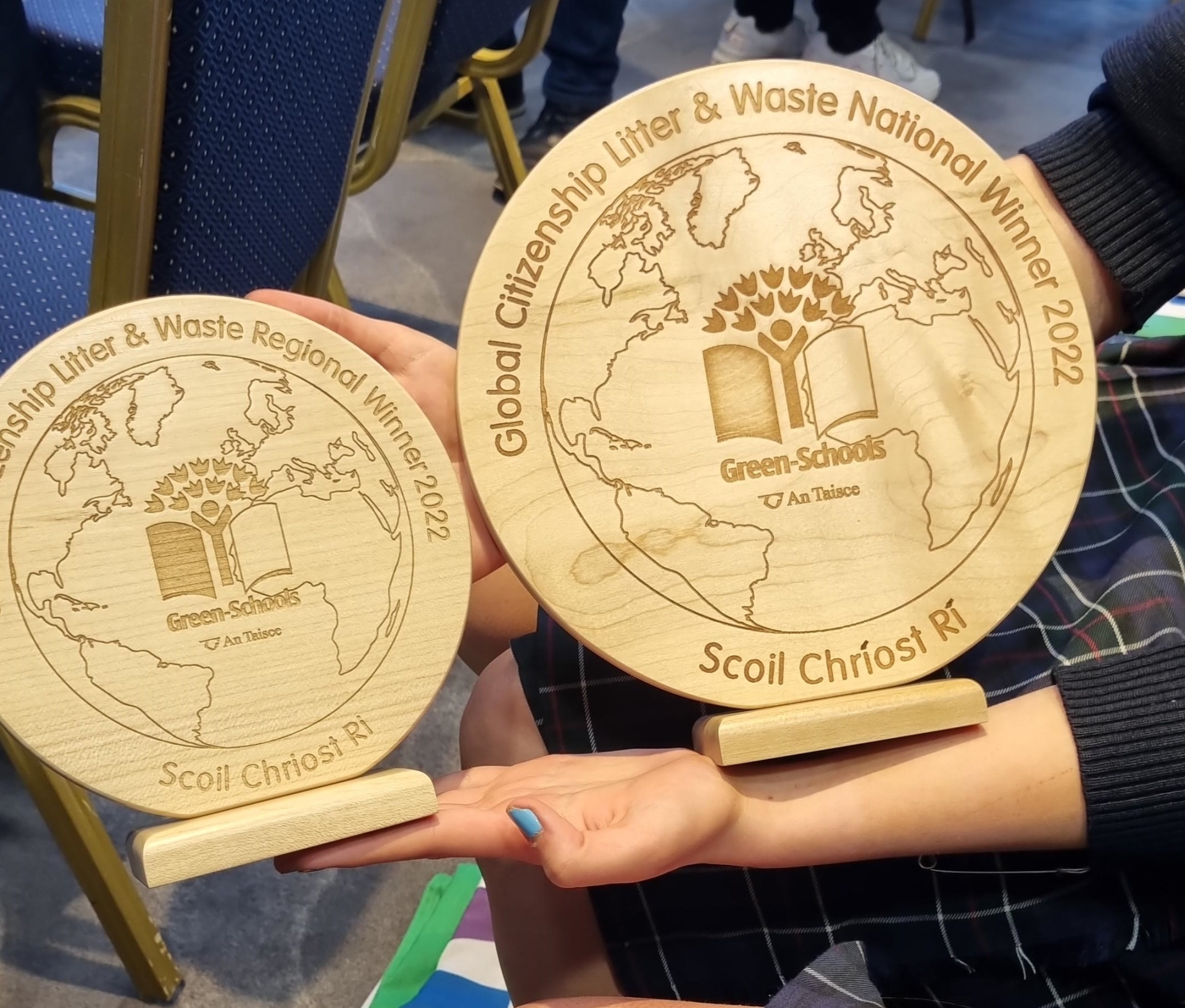