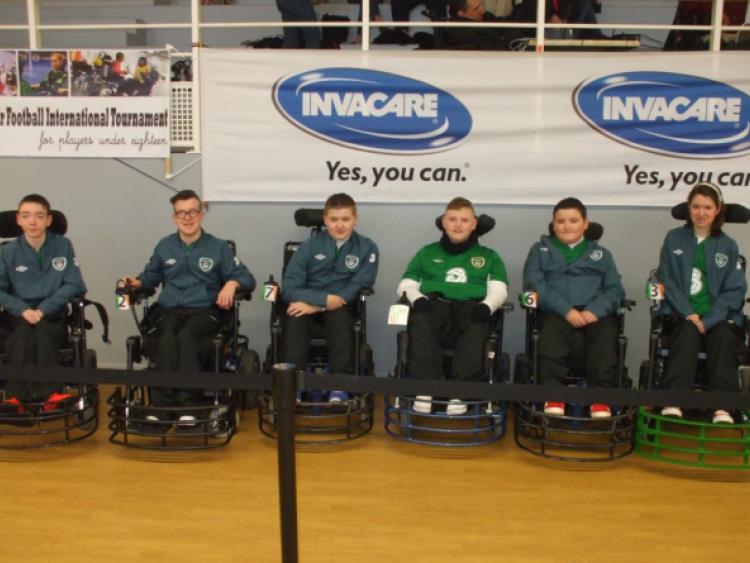 Well done to the Irish U-18 and U-16 teams who recently travelled to Paris to compete in the U-18 Power Soccer World Cup.

Well done to the Irish U-18 and U-16 teams who recently travelled to Paris to compete in the U-18 Power Soccer World Cup.

Local girl Emer O’Sullivan was one of the players selected to go and represent her country. It was a great achievement and all the players gained valuable experience.

Eight teams competed in the competition including teams from Finland, USA and France. Each team played every other team in the competition. The U-16s progressed into the semi-final but were beaten by an experienced American team who went on to win the tournament.

All the players really enjoyed themselves and made many new friends from all over the world.

In further Power Soccer news, Ireland has just won the bid to host the European qualifiers for the next Senior World Cup. The event will be staged in the University of Limerick in July of 2014 with over 10 countries expected to attend.

The top five teams from the competition will go forward to compete in the World Cup in Brazil 2015.