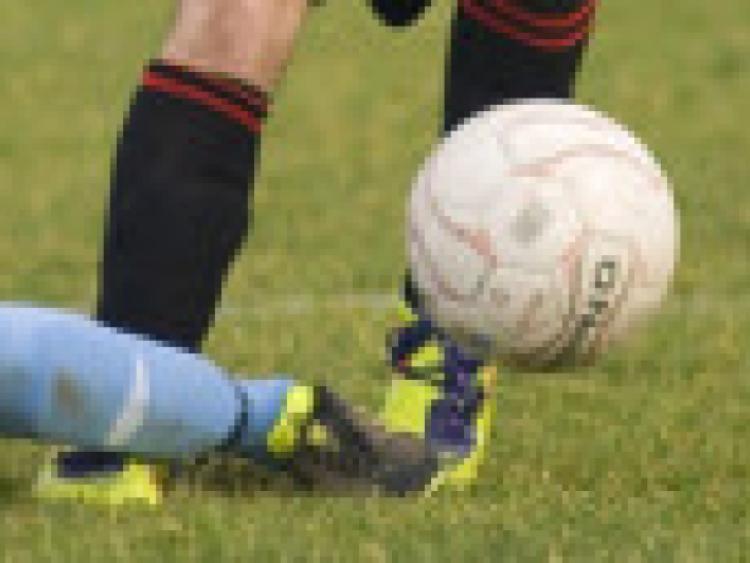 Arlington travelled to Gorey this week in the third round of the FAI Junior Cup only to be disappointed with a defeat.

Arlington travelled to Gorey this week in the third round of the FAI Junior Cup only to be disappointed with a defeat.

Despite some great passages of play in the first half from all the team, particularlyEoghan Gleeson and Joe Gorman,it wasn’t to be Arlingtons day. Shaun Pierre Cretaro was unlucky to miss out on getting Arlington off to an early lead when his attempt to convert a fumbled save by the Gorey goalkeeper was deemed not to have crossed the line. Gorey took some confidence from the decision and went on to score the first goal of the day. From then on Arlington were forced to chase the game despite looking the better side.

The equaliser came from Cretaro mid way through the first half with a fine strike into the top corner. However Gorey went on to quickly score their second goal with an unstoppable shot from just outside the box sending them in at half time 2-1 ahead. The second half saw some great chances from Arlington as they hit the crossbar numerous times but unfortunately it wasn’t to be their day as they failed to convert their chances. Despite receiving a red card with 10 minutes to go, Gorey went on to secure the win with their third goal in the last minute of injury time.

Arlington A are back in league action next weekend as they travel to Athlone to take on league leaders Willow Park.