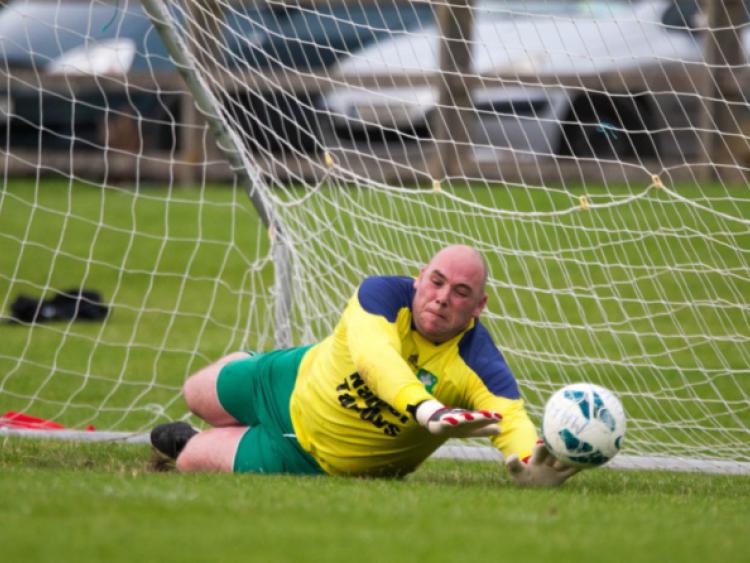 Four goals in the first-half ended Stradbally’s hopes of claiming silverware in their first season in the Over 35 League as Mullingar Athletic completed the league and cup double in Clara on Saturday.

Four goals in the first-half ended Stradbally’s hopes of claiming silverware in their first season in the Over 35 League as Mullingar Athletic completed the league and cup double in Clara on Saturday.

On the day, the Westmeath outfit proved just too strong for Stradbally however the men in green can hold their heads high after reaching the cup final in their first season of Over 35s football.

The game turned after 20 minutes when Mullingar Athletic opened the scoring when Michael O’Grady found the back of the net.

They turned that new found dominance in the game into dominance on the scoreline before half-time as they scored three goals in a blistering five minute spell before the break to put the game beyond Stradbally.

Jimmy McEntee doubled the advantage on the half-hour mark with Michael O’Grady adding his second and Mullingar Athletic’s third soon after. With Stradbally on the ropes, Marius Buividavicius administered the knock-out blow before the break to make it 4-0 when the half-time whistle sounded.

Any hope Stradbally may have had of mounting a comeback disappeared soon after the restart when Trevor Thompson added a fifth for Mullingar Athletic and while Stradbally were an improved side in the second 35 minutes, they couldn’t stop Stephen Norris adding a sixth goal midway through the half.

To their credit, Stradbally battled all the way to the final whistle but despite their best efforts, they couldn’t break down the excellent defence of their opponents to get themselves even a consolation goal.