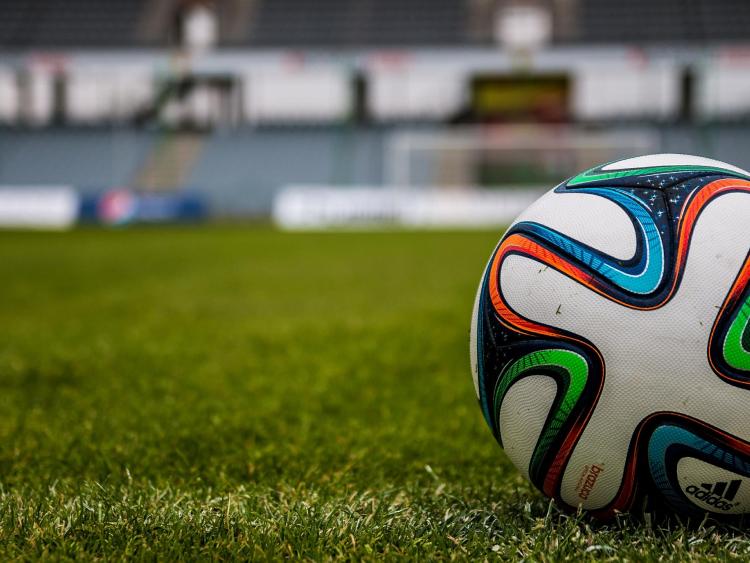 Fixture changes by MSL this week saw Portlaoise AFC preparing during the week to face last year's champions Mullingar, but then changed to play Portumna Town at the end of the week.

Utd travelled west to Portumna Town who were back in the Major Division after a year's absence after winning Division 1 last year. Portumna had proven to be tricky opposition in the past and so this away fixture could be tricky.

Utd started strongly though and a good combative competion was played out in the early minutes with most of the play along Utd's right side. For all the effort going forward, Utd could only muster a few corners but these were all snuffed out at the near post by the Portumna defence.

Kieran O'Donnell sent in a fine free to find Robbie Farrell in the area but he was well marshalled and closed down. Utd were very determined and good pressure followed again culminating in a shot by Ben McDonald on his weaker left foot but over the bar it went.

A short goal kick from the Portumna Keeper, who was very confident up to this point, was excellently intercepted by Jamie Toman on the edge of box and he hit it first time producing a save by the keeper. With eleven minutes on the clock before the home side had their first half chance but Evan Hewitt saw that it would be that - a half chance - and wide it went.

A few minutes later and a great recovery at the back by Kieron Whelan found Evan Hewitt. Evan passed up the wing to Ben Doyle  who took out his opponent with a spin and go around him and then threaded a ball to Ben McDonald in the box at speed. Ben McDonald tried to drag it to his to his favoured foot across the defender and the chance was gone when intercepted.

Chances for Ben Doyle in the box and Eoin McGrath from the edge box followed but both saved comfortably by the keeper. Immediately afterward the next chance for Ben McDonald forced the keeper to push the rasping ball over the bar.

Utd applied all the early pressure but were also being careful not to give away anything at the back. Sustained pressure finally yielded a deserved goal for Utd on 23minutes after a great finish into the roof of the net by Ben Doyle after lovely work at the right byline by Jamie Toman who was terrorising the defence in that section of the pitch.

Less than two minutes later, two for Utd and two for Doyle, sending a lovely first time loop over the keeper into the top right corner. A chance for Robbie Farrell then as Utd's front lines linked up well. At half time it was 2-0 to Utd.

Shortly after the restart, a great feed by TJ Delaney to Jamie Toman on the right sent him off on another mazy run into the right side of the box and he found Ben McDonald whose first time hit with the outside of his right foot went just over the bar.
A super effort from Eoin McGrath went narrowly wide after winning a battle outside the box doing well to get the shot away.

A chance for Robbie Farrell was saved after lovely play by a solid Cian Rafter in midfield and TJ Delaney who was putting in another good shift at right back.

With 45 minutes gone and Eoin McGrath's ball in from the left came off Robbie Farrell and dropped to Dan Ubesie, who had just come on the pitch, and he toe poked in at the near post. Utd 3-0 up and any nerves of conceding and bringing pressure in were relieved a lot. Kieran O'Donnell and Kieron Whelan were forming a very formidable partnership at the back.

Soon afterwards a corner was won in the air by Cian Rafter and the ball dropped to Jamie Toman  who fired just over left corner of the goals. Utd went 4-0 up on 51 minutes as Ben Doyle completed his first hat trick. Super work on the right by Dan Ubesie sending the ball over the top of the backline for Doyle to score with his head. Utd were on top throughout the pitch.

With 59 minutes gone it was 0-5. Alex Bennett running well down the left and crossed over the top finding Dan Ubesie and he put it over the line at the second attempt.

Straight afterwards, a chance for Portumna cracked off the crossbar and rebounded out to safety. Keeper Lee Smyth, who had done well when called on in the first half in particular on a few occasions, was happy to see that one brought out by his team mates.

Referees Man Of The Match was Robbie Farrell in midfield. Every Utd player that travelled played and all contributed to an strong team performance with some out of normal positions due to some missing the trip.

Lee Smyth filled in well in goals with monster kick outs, Kieron Whelan mopped up everything at the back, Ben Doyle was popping up in the right places all the time bagging a hat trick, Dan Ubesie bagged a hat trick from the bench and Jamie Toman was running riot at the Portumna defence.