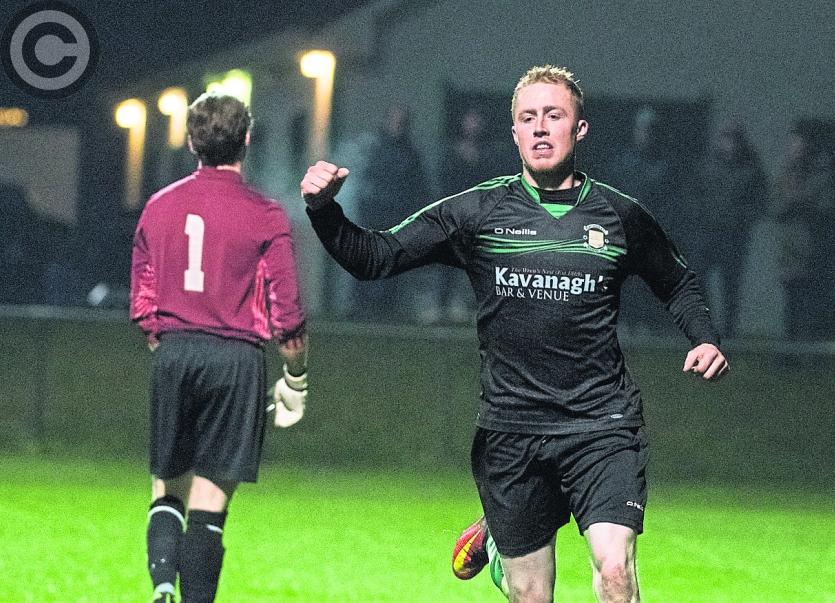 Portlaoise started brightly on Sunday morning away to Skerries Town, but despite dominating the opening exchanges they found themselves behind early on.

A long ball from the Skerries defence was gathered on the left wing and crossed for the Skerries centre forward to score with a strong header, despite the best efforts of Mateusz Cwienk in the Portlaoise goal.

Portlaoise resumed to dictate the play and a brilliant driving run by Jason Caffrey through the centre of the Skerries defence could only be stopped by foul play, and Portlaoise were awarded a penalty Jason Murphy duly dispatched to the back of the net.

Both sides cancelled each other out for the rest of the half, as they headed to the dressing room tied at 1-1.

The start of the second half was similar to the first as both sides struggled to create any clear-cut chances. Skerries would take the lead again after an effort from a corner rebounded off the Portlaoise crossbar and was tapped home by a Skerries player to leave them 2-1 up.

The next 10 minutes were frantic with neither side putting many passages of play together, but both got stuck into an old-fashioned battle in the midfield. Portlaoise were determined to come away with at least a point and continued to press for an equaliser, which came in injury time when Jason Murphy turned a Skerries centre half and drilled the ball into the bottom left corner of the net from just inside the box.

Portlaoise now have two home games, the first at home to Edenderry Town on Friday night in what will be the first LSL meeting between the two sides, then on Wednesday 18th October they will entertain St James Gate, both games at 7.30pm in Rossleighan Park.