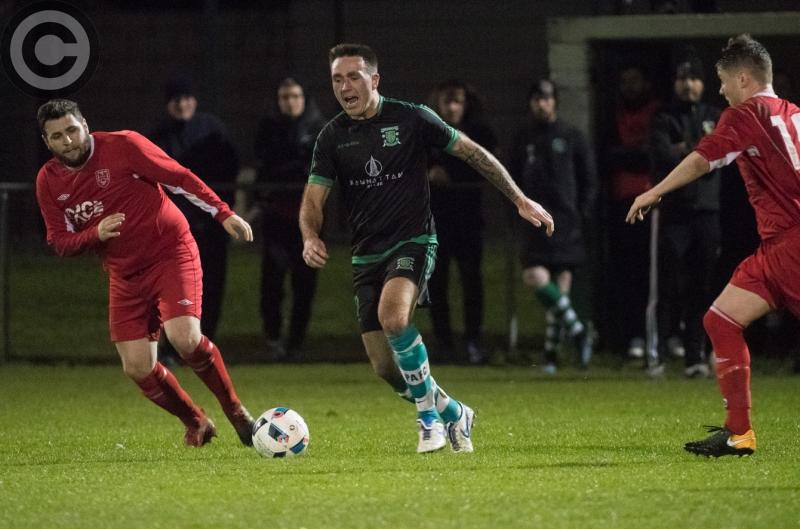 On a bright afternoon in South Dublin the visitors were unplayable at times as they destroyed a Broadford side that have struggled this season. Portlaoise were missing a number of key players, but it didn’t look that way as they dominated throughout and opened the scoring after twenty minutes.

Some excellent play by Mark Dunne, Oisin Fitzpatrick and Brian Ging found Niall Doran free on the right, and his first-time cross was headed over Ger Fitzgibbon by Jody Dillon.

Portlaoise increased their lead just five minutes later, which started with another excellent run from Doran as he beat three players, played a one-two with Colm Poole and found Jason Murphy on the edge of the area, and he chipped the ball over Fitzgibbon for a sublime finish.

Murphy went close from a free kick, then Poole and Murphy linked up well and found Dillon, but his flick clipped the crossbar, which was a let-off for the home side. Murphy’s next effort from a free kick was kept out by Fitzgibbon before the striker got his second from the penalty spot after he was taken down inside the box to make it 3-0 at half time.

Portlaoise continued to dominate the second half and went 4-0 up when Danny Molloy went on an excellent run and passed to Jody Dillon, who got his second of the game as he shot low to the bottom corner past a hapless Fitzgibbon.

Dillon got his third on 65 minutes when he pressurised the centre half, robbed him and raced all the way through to score a brilliant first hat-trick for Portlaoise.

Good play from the impressive Brian Ging saw him set up Shane Collins to cross for Evan McEvoy, but his brilliant volley came off the bar. As Portlaoise pushed for a sixth they had three goals disallowed, first Fitzpatrick finished from close range, then Eoghan White finished before Derek Beale score, but all were ruled marginally offside.

Portlaoise head into the second round of the LSL Metropolitan Cup next weekend with an exciting home game on Friday night against Senior Division high fliers Newbridge Town in what promises to be another exciting game.