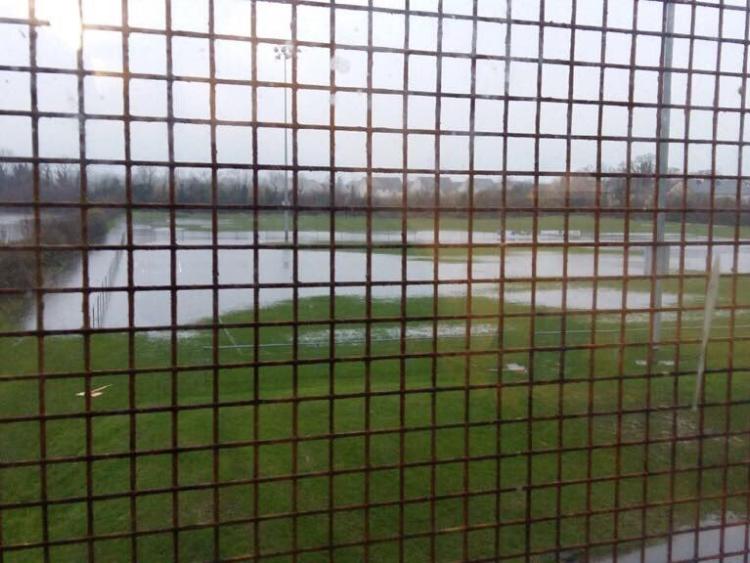 A view of the flooding at Rossleighan Park. Pic courtesy Portlaoise AFC.

The torrential rain and flooding which has blighted Laois over the last 24 hours has forced Portlaoise AFC's game on Friday night against Beggsboro FC to be called off.

The club posted a picture to their Twitter account on Thursday morning showing large swathes of their grounds lying under water.

Portlaoise are currently in 9th place in LSL Division 1A, after a series of draws left them frustrated in the campaign so far. Beggsboro are just two points ahead of them in the league, and win would have seen Portlaoise make some progress up the table. They will be back in action the following Friday with another home game.