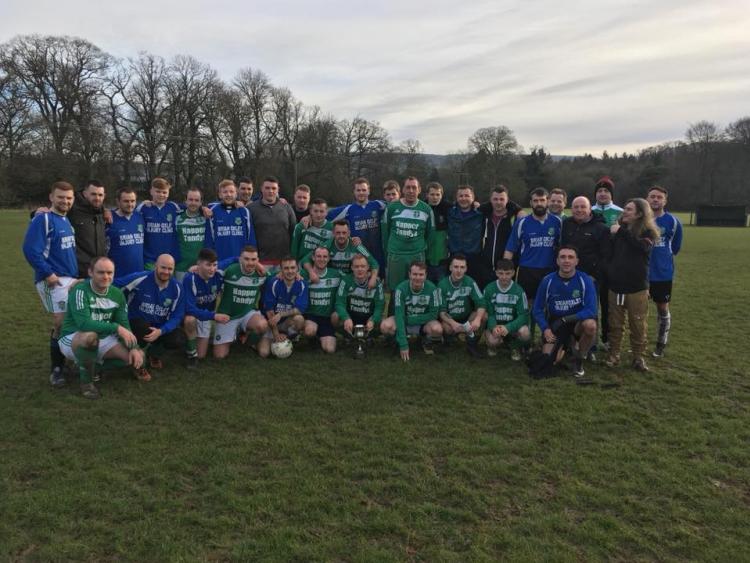 The Stradbally AFC hosted the Kevin Molloy Memorial Cup game again on St Stephen's Day morning at The Lawn with more than 30 players turning out in what turned out to be a pulsating match decided on penalties.

The game was a 4-4 draw after normal time.  It was decided by spot kicks with the Liverpool/Arsenal Selection overcoming the Man Utd/Chelsea selection 5-4 on pens with Niall McCarthy saving the decisive kick from Jody Dillon!

Damien Murphy accepted the cup for the Liverpool/Arsenal XI from Paul Molloy to draw proceedings to a close again in Kevin's memory.

A great morning of entertainment was had by one and all.

Thanks were extended to Paul Brown for once again officiating the game and giving up his time and its very much appreciated by all.

A massive thank you to everyone who bought and sold tickets making the draw a huge success and to Brendan Lynch and Napper Tandys for hosting the event.