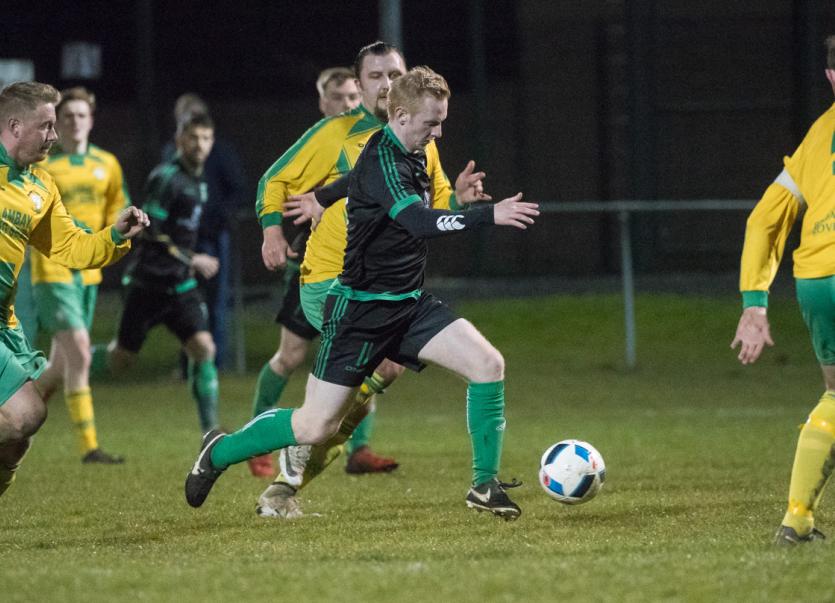 Portlaoise AFC first team made the long journey to Arklow on Wednesday night and came away with all three points thanks to a Colm Poole brace, and some outstanding first half goalkeeping from teenager Sean McCormack.

The Wicklow side were playing their final home game of the season having won their previous four home games, and were looking for five in a row, but Portlaoise put in a magnificent battling performance on an immaculate pitch to keep themselves firmly in the promotion hunt.

Arklow had the first chance of an end-to-end game when Jack Darcy found some space, but McCormack produced a brilliant save as he went low to his right to push away. Colm Coss and James Mullaney created an opening for Aaron Rafter, but his effort from outside the area cannoned off the post and from the counter attack, the lively Stewart Mills was off target.

Colm Poole then took a clever quick free kick, but Jason Murphy’s first time effort was off target while at the other end, a long free kick into the Portlaoise area was knocked down by Mills, but Peter Sherwood’s effort was just over. Shane Collins then went close twice after some good link up play between Coss and Jimmy Dermody, but both his efforts were off target.

Colm Coss was at the heart of everything positive now for Portlaoise and he set up Colm Poole but his effort was inches over as Portlaoise pushed hard for an opening goal. Coss’ hard work paid dividends when he closed down what looked like a hopeless ball, but he won it and crossed for Colm Poole to score his opening goal of the night with a brilliant strike that left Keith Hanley with no chance.

Arklow worked very hard to get themselves an equaliser, but were being kept at bay by excellent defending from Eoghan White and James Mullaney, with Joe Ledwith first to go close but his effort was brilliantly saved by McCormack, and he broke the Arklow hearts moments later with the save of the night.

A good move down the left saw Ian Reid and Daragh Culleton combining to cross for Ross Hanley, but his volley was somehow stopped by McCormack from close range after 33 minutes. McCormack then dealt with three dangerous crosses into the penalty area to leave his side 1-0 up at half time.

Portlaoise had the first chance of the second half when good combination play between Murphy and Rafter ended with his effort saved while substitute Andrew Maher was inches over at the other end following a good Arklow move.

The pace of the game was frightening at times as the two young sides went in search of goals as spaces opened up on the big pitch. A free kick from Dermody found its way to Murphy who beat two players but his shot hit the top of the crossbar, and then Keith Hanley produced heroics for his side when he somehow pushed over a stunning strike from Coss after good play by Oisin Fitzpatrick.

A quick corner for Portlaoise led to a chance for Fitzpatrick but Sean Crowley cleared off the line. Shane Collins then crossed for substitute Brian Ging who was inches away from increasing the Portlaoise lead at the back post, but moments later it was 1-1.

A long ball from Ian Reid put the Portlaoise defence under pressure and the ball fell kindly to Andrew Maher to finish and give his side a deserved equaliser. Niall Doran and Jason Woods were both introduced and they, along with Ging, provided some much needed energy for Portlaoise, and both players went close twice but their efforts were superbly blocked by the home defence.

With time running out Portlaoise needed a bit of magic and following another great team move, Colm Coss found space to pick out Colm Poole who somehow managed to finish low to the bottom corner, despite serious pressure from the home defence.

Arklow threw everything at Portlaoise in the final five minutes but the visitors held firm to seal the victory and a really important three points to leave them still in the promotion hunt with just three league games remaining. 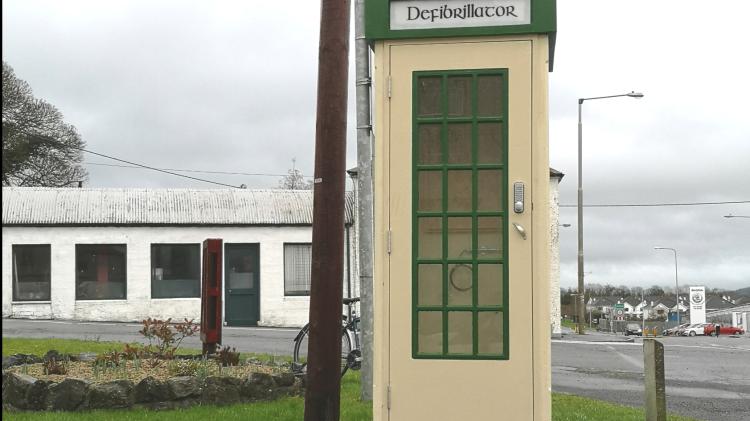