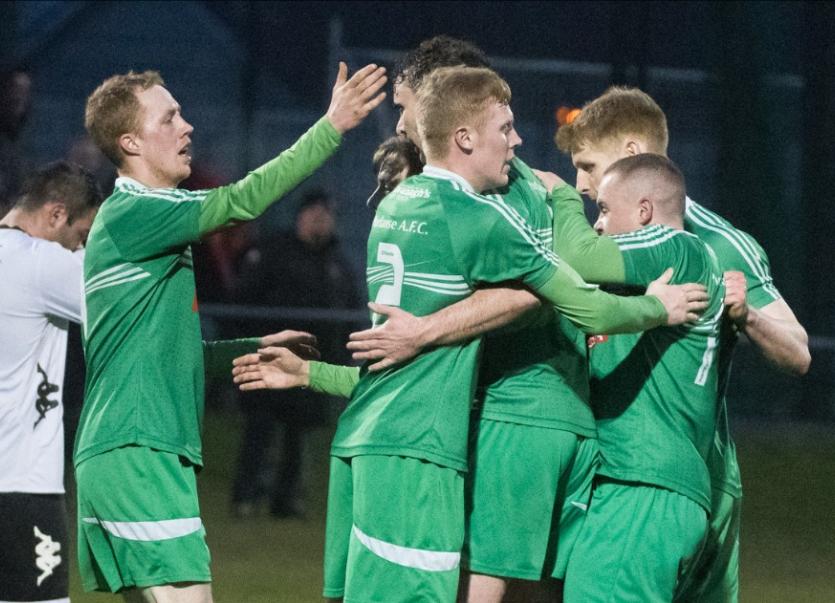 Portlaoise AFC will go in search of a place in the Lummy O'Reilly Cup final this Saturday, as they host Maynooth University Town FC in Rossleighan Park.

Ger Dunne's side have been one of the most exciting teams around in recent years, and they are currently chasing down back-to-back promotions in the Leinster Senior League.

That effort was boosted with a hard-fought win over Arklow Town, away, on Wednesday night, and Portlaoise come into this weekend's game in good form. The week before, they hit nine goals past St James Gate, and they will need all that firepower against a Maynooth side enjoying a stellar season of their own.

They are in the same Leinster Senior League as Portlaoise, but have also qualified for the FAI Intermediate Cup final, and will playing in the Aviva Stadium on Saturday week. These are the circles in which Portlaoise now mix, and while it would be easy to be overawed, they have every reason to be confident because they beat Maynooth just last month in the league.

Portlaoise AFC's continued progression this season has been all the more impressive given the various setbacks they have suffered. They lost star man Paul Cahillane to the Laois senior football panel, and had a stuttering start to the season, picking up just four points in their opening five league games.

Since then, however, they have been getting back to being the Portlaoise team we have become accustomed to. Colm Coss has been superb since he joined the team from Athlone, and Jason Murphy's goal-scoring exploits continue unabated, with twenty more this year.

Ger Dunne has also shown his willingness to trust in youth, with the likes of Sean McCormack, Jason Woods and Niall Doran all showing their ability at adult level.

This Saturday's game promises to be another cracker, as Portlaoise look to qualify for their first cup final since their Polikoff Cup success back in 2015. Only five of that panel survive today, with Eoghan White, who came in a sub, now the skipper. Mark Dunne, James Mullaney, Shane Collins and Jason Murphy are the others who featured on that day. Ger Dunne was also the sub goalkeeper on the day too.

Tip off this Saturday is 4pm, and a big crowd is expected, and encouraged, to make their way to Rossleighan Park for what is sure to be an excellent game of soccer.