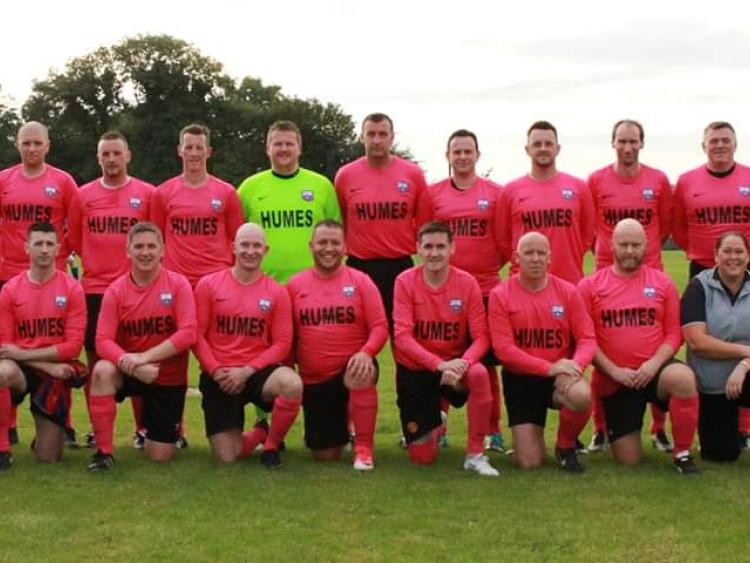 Midlands Celtic's twenty year wait for a trophy came to an end on Saturday evening in Mountmellick when they beat a very game Tullamore Town in the CCFL Over 35's Shield final.

It was a very closely contested match, with both teams giving their very best to try and bring home honours for their respective clubs.

The deadlock was broken on the twenty minute mark when Aidan Keenan soared above everyone else in the box to launch a header into the top corner of the goals, giving the Tullamore keeper absolutely no chance. Tullamore then came close to equalising when their number seven, who was threatening from set pieces whenever there was an opportunity, struck the post with a free kick.

Then on thirty-five minutes Midlands Celtic doubled their lead when Aidan Keenan turned provider and played a superb through ball to Shane Mitchell, who controlled and coolly slotted past the keeper to make it two-nil to Midlands Celtic. They went in with a two-nil advantage at the interval, as the Midlands Celtic men had their sights set on the trophy on offer.

Tullamore Town upped the pressure in the second half, knowing they needed to act quickly if they were to keep their dreams of lifting the cup alive. Again, they were very unlucky not to score from another free kick, their number seven curled a dangerous strike on goal, but the woodwork came to Midlands Celtic rescue again, as the ball thundered off the post and out to safety.

However, the pressure was beginning to grow on Midlands Celtic's backline, as fatigue began to kick into the side.

On the sixty minute mark they did manage to half the deficit when the broke down the left wing and delivered a dangerous cross into the box and the ball was eventually forced into the net after a brief scramble.

Tullamore Town kept up the pressure, but man-of-the-match Darragh Mulhall, along with James Campion, stood firm in the Midlands defence, dealing with all situations.

Midlands Celtic managed to hang on and win their first trophy as a club in their twenty year existence. Midlands Celtic are a team of prison officers from both Portlaoise and Midlands Prison. 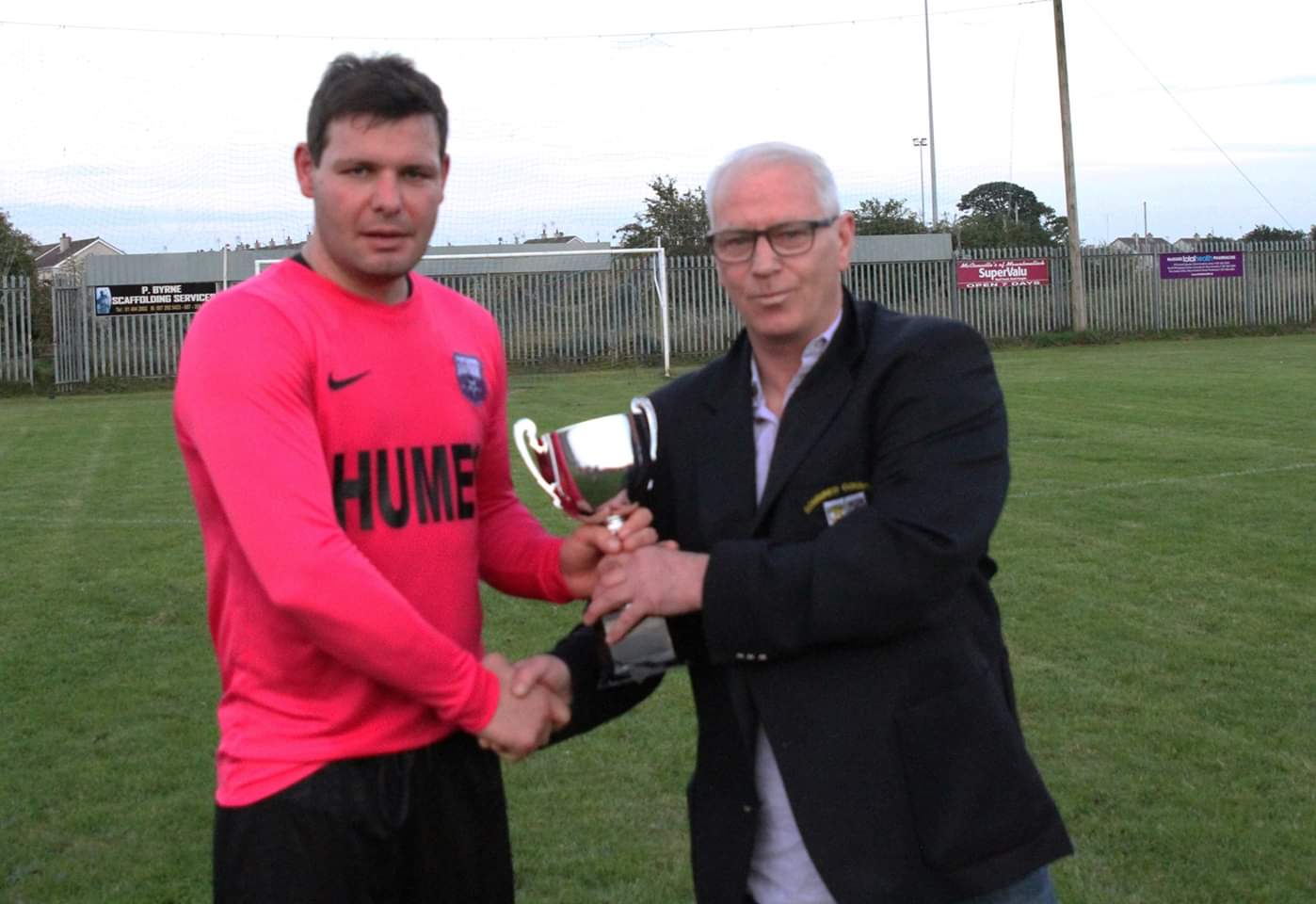 Midlands Celtic Captain Darragh Mulhall was presented the cup from Mick Gorman of the CCFL.