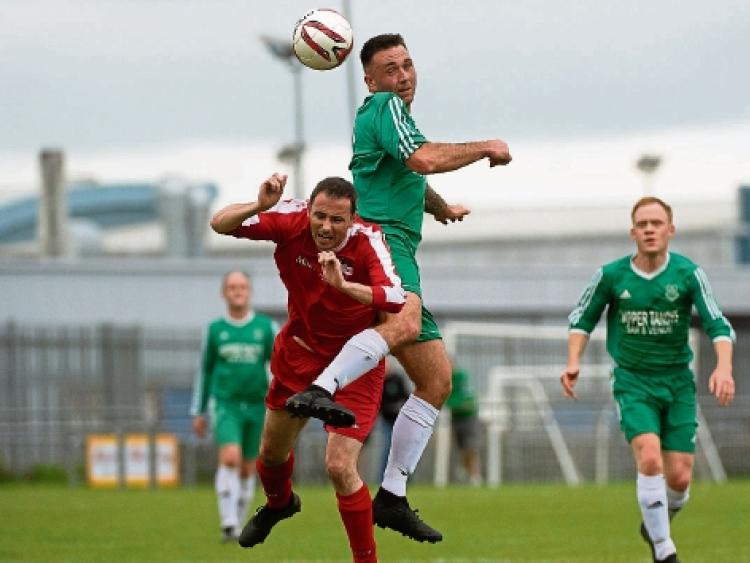 One Laois man who has been very busy over the last few months due to soccer and GAA commitments is Stradbally native Jody Dillon.

Better known for his poetic last-minute county final goal for Stradbally GAA that saw Portlaoise's dreams of 10 in-a-row come crashing down in 2016, Jody Dillon and Stradbally haven't quite reached those heights since.

Stradbally fell into a relegation semi-final this season following defeats to Killeshin and Emo in the opening rounds. Dillon missed the first round loss to Killeshin, but returned for the Emo game.

His side lost out by six points in the end to Emo, but Dillon's impact upon his return didn't go unnoticed. He ended the game having scored 1-1, with his goal coming from a penalty.

Stradbally faced neighbours The Heath last Sunday in a crucial match for both, and despite having a poor record in recent years to The Heath, Stradbally survived this time around after a 1-14 to 0-12 victory.

However, it's been on the soccer front that Stradbally have excelled this past season, and that's due to no small part to Dillon's goal-scoring threat.

Stradbally Town AFC enjoyed a terrific season. They were in fine form all year, finishing in second place in the league, claimed the Divisional Cup and went through a dazzling cup run that saw them into a Counties Cup final. You can read the report from their final defeat HERE.

Dillon is a superb soccer play, and now that Stradbally GAA are finished in the football championship, he has turned his attention to soccer commitments once more.

You can watch the highlights from that game below, and Dillon's strikes are included in that (video credit: Terry Healy):