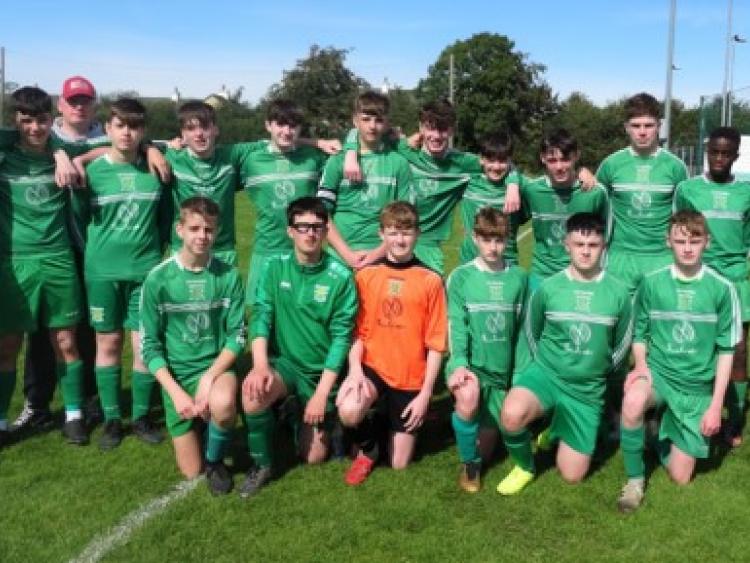 On a glorious Saturday morning last, Portlaoise Utd hosted Wicklow side Coolboy Rangers in the first round of the SFAI Cup.

Played on the main pitch, which was in ideal condition, the game turned into an eight goal thriller with the home side eventually coming out on top.

Despite the long journey, Coolboy started the stronger and within the first five minutes had rattled the crossbar with a fine effort. Portlaoise‘s early play was a bit nervy with passes going astray and not getting into any rhythm as a team, and it took some good early defending from Matthew Walsh and Brandon McCarthy to keep the opposition at bay.

Coolboy took a deserved lead on ten minutes with a well worked effort, things not looking good for Portlaoise at this stage. To their credit they upped their game and slowed took control. 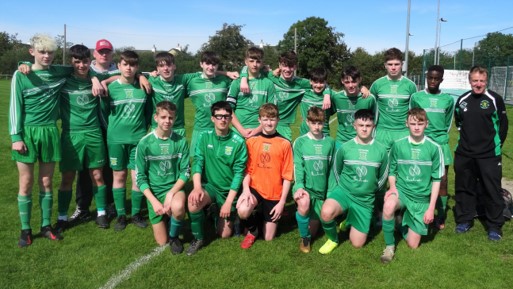 The midfield pairing of Luke Makem and Ben Dwyer started to gain the upper-hand on their counterparts, with both going on to have excellent games.

On the left flank Benedict Fordjour and David Burke were linking up well and probing at the Coolboy defence, while Andrew Goggin on the right was supplying some fine balls to his front men, something he continued to do right throughout the game.

Twenty minutes in and Portlaoise were on level terms, neat play between Callum Leonard and Luke Makem found Thomas Swords, whose sweet left foot effort gave the keeper no chance.

Portlaoise played some fine football for the rest of the half, however Aidan Keane in goal had to make two fine saves before the break. Firstly showing a safe pair of hands when dealing with a dangerous free kick and then getting down at his right-hand post to cover a goal bound shot.

The second half saw Portlaoise in the ascendency again, and ten minutes after the restart they took the lead when Sean O’Sullivan powered home a bullet of a header from Ben Dwyer’s well delivered corner kick.

Portlaoise seemed set to take control now, but the opposite happened when Coolboy bounced back and scored twice within as many minutes to regain the lead again.

This was now a test of character for Portlaoise, and they certainly rose to the challenge. Finn Delaney was adding to the attacks on the left-hand side and Portlaoise started to create chances, with Thomas Swords rattling the crossbar with a fine effort.

The Wicklow side failed to clear their lines from this with the ball falling to Ben Dwyer who found the net with a left footed shot for a goal he deserved for his overall play.

Portlaoise turned the screw now and went ahead after Thomas Swords teased the Coolboy defence before squaring for Fionn Devoy whose powerful effort bounced over the line off the crossbar.

The fresh legs of John Ging and Mateusz Kocoon played a major part in closing out the game, John with his excellent link up play and Mateusz with his strong runs from midfield.

Portlaoise wrapped up the game when the excellent Thomas Swords scored his second with five minutes remaining.