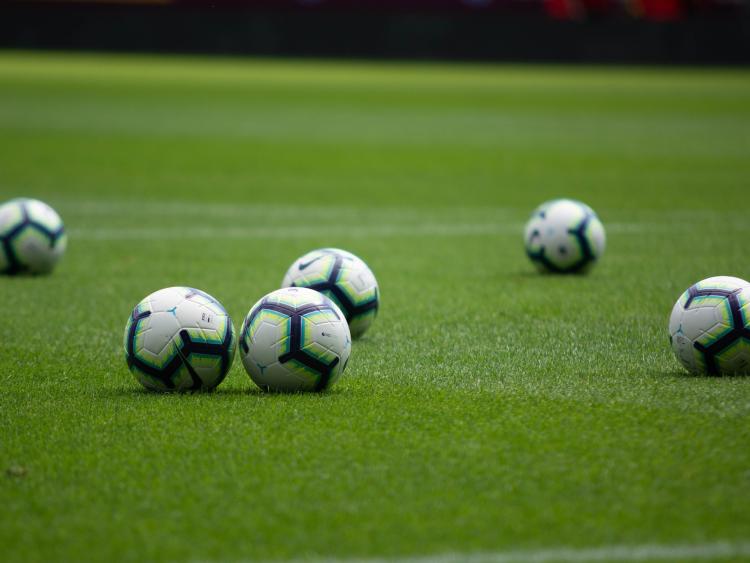 Portlaoise Utd are still waiting for their first win of the season after this latest defeat to Emo Celtic on Saturday morning last.

Portlaoise started well and took the lead on five minutes. Matthew Walsh started the move by breaking up an Emo attack and feeding David Burke, who in turn found Benedict Fordjour. Benedict went on a mazy run before passing to Thomas Swords who fed Fionn Devoy in the box, and Fionn's sweet effort gave his team the lead.

Emo came to life after this, and it took good tackles from Luke Makem, Tadhg Duffin and Andrew Goggin to thwart an instant reply.

The equaliser came five minutes later however, a free header from a set piece bringing parity.

Within minutes Portlaoise had the ball in the net again. Good work by Finn Delaney and Fordjour set David Burke clear on the left, and Thomas Swords swept home his cross - however a marginal offside decision ruled it out.

The game swung from end to end for the next ten minutes, Callum Leonard having a strike for Portlaoise, while at the other end keeper Aidan Keane got his toe to a goal bound effort to divert the ball out for a corner.

The complex of the game changed in the last ten minutes of the half, Emo scoring twice in as many minutes to take a two goal lead to the break.

Portlaoise started the second half well, Finn, David, Luke and Andrew in particular working hard to get their side back into the game, while Matteusz Kocon made some strong runs from midfield.

However, the next goal went to Emo. Again a high ball from a set piece catching Portlaoise out, this time a header from a corner.

Portlaoise battled away, Ben Dwyer having two efforts on target, one from a free kick. They got a deserved goal back with fifteen minutes remaining, super work by Matteusz Kocon who teed up David Burke whose goal bound effort was parried by the Emo keeper to Fionn Devoy and he coolly slotted home his second of the day.

Portlaoise threw all into attack now to try get another back, neat play from Ben Dwyer and Matteusz finding John Ging in the box, but the Emo defence stood firm. Portlaoise introduced newcomer Tony Coss as they chased the game, but two goals in the last few minutes gave Emo an easy win in the end.

Overall another disappointing result for Portlaoise, the margin of the scoreline was a bit harsh on them as they put in a great effort overall with some fine individual performances, hopefully they can turn the corner shortly and get a win that their efforts deserved.