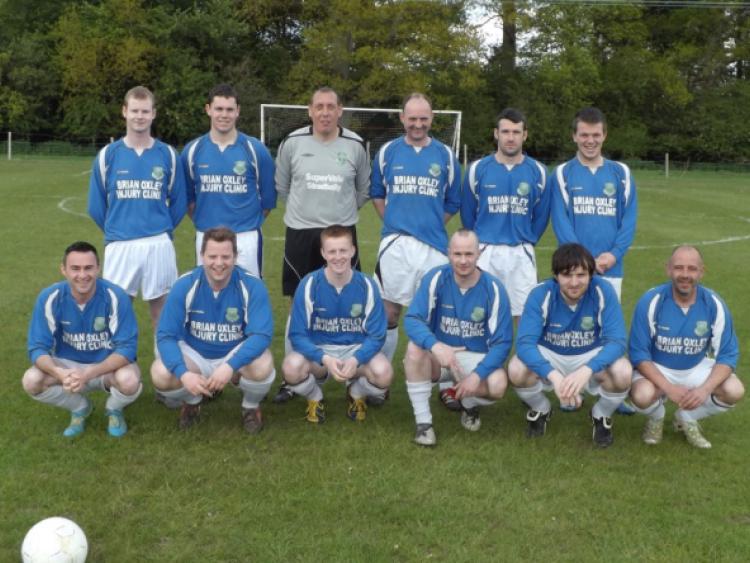 The game was held in memory of the late Shelia Cushen who was a Member of the U-14 team 20 years a ago. The game took place in The Lawn with the sun shining down on a crowd of 100 or so people who turned up to see the game.

It started with the Stradbally town 11 on the front foot and they could have had the lead in the first 20 minutes but strong defending and good goalkeeping from the team of ‘93 keep it a 0-0.

It remained scoreless at the break but the team of 93 started well in the second half and found themselves getting more of the ball. They forced a few corners and had a few half chances. Stradbally town 11 had only a few efforts from long range. it stayed 0-0 after veteran JP Cushen made a super save from Patrick Robbins.

With time running out and extra time looming, the 93 team scored with five minutes to go to win the game when Jimmy Kelly got on the end of a cross from Larry Lalor.

The organisers would like to thank everyone involved and for turning out too make it a great day for all with a special thanks to referee Paul Brown.