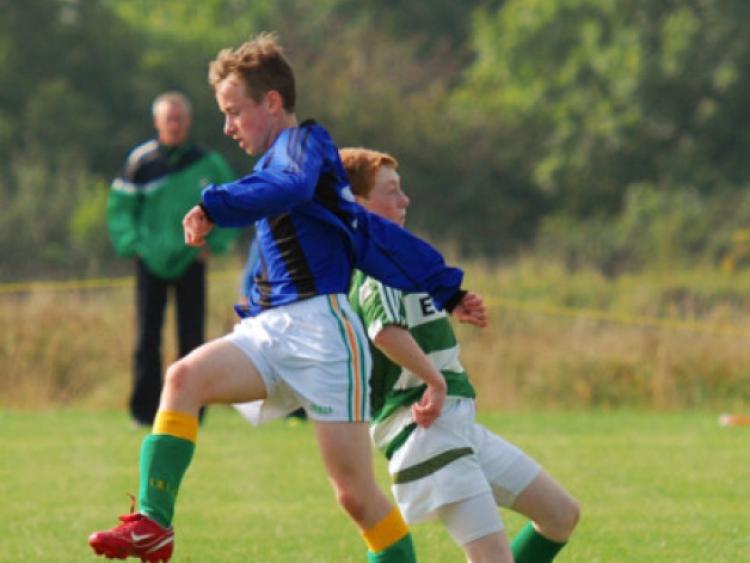 Portlaoise travelled to Kilcock last Saturday afternoon to play the local side in the first round of the SFAI National Cup.

Portlaoise travelled to Kilcock last Saturday afternoon to play the local side in the first round of the SFAI National Cup.

Kilcock started the better and Sean McCormack in the Portlaoise goal mdke a good save on 15 minutes. Jack Langton went close on 20 minutes when put through by Ross Brennan and Brian Sheehy had a long range effort saved by the home keeper.

Portlaoise took the lead on 30 minutes when Joe Nevin was taken down in the box and Niall Doran fired home to make it 1-0 and this how it finished at the break.

Portlaoise started the second half on the front foot and from a Ronan McEvoy cross, Ross Brennan volleyed low into to net to make it 2-0 on 45 minutes. Ronan McEvoy then made it 3-0 on 55 minutes when he volleyed into the top corner from 20 metres.

On 60 minutes Aaron Feane sent Joe Nevin through on goals and he beat three players to fire low into the bottom corner to make it 4-0. Aaron Wright made it five on 64 minutes when he he finished in style after a run down the left wing after a brilliant 60 metres cross-field pass from Ger Ryan set him up.

Jack Langton then sent Joe Nevin through on goals and he it made it 6-0 on 68 minutes. Joe Nevin completed his hat-trick on 70 minutes when he slotted home a penalty after he was taken down in the box to make the final score 7-0.

Kilcock from the Kildare League were well in this game in the first half but the Town’s fitness told in the second half and they ran out easy winners in the end and now play last year’s SFAI Cup runners-up Edenderry. Town at home in the Second Round