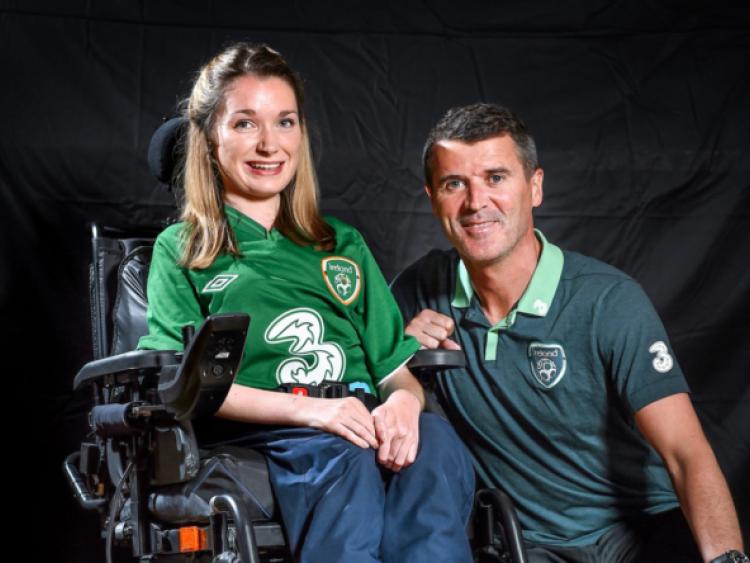 Aoife who is the Irish captain will be taking part in her second major tournament at a senior level, whilst Emer, who has represented Ireland previously at a Junior level will be competing for Ireland in her first Senior competition.

Their club, Midlands United is strongly represented on the Irish team with a further three players from Offaly - Neil Sheehan, Tom Donogher, and Emmett Daly.

From 17th to 20th July in the UL Sports Complex Limerick, elite athletes from 6 countries across Europe will compete for the Nations Cup. The competition is a qualifying tournament for the World Cup due to be held in Rio de Janeiro in Autumn 2015.

The tournament is being hosted by Limerick as part of their City of Culture events for this year. The opening ceremony takes place on Thursday 17th July and is directly followed by the opening match between Ireland and Switzerland 7:30pm.

All spectators are welcome to support Team Ireland in this free admission sporting event. Matches will also be streamed on-line, visit www. Aipf.ie for more details and times of the games.

The Ireland squad have been training intensely for several months and are confident of making one of the qualifying spots for the World Cup.

The Ireland Powerchair football Team is affiliated with the FAI and they have provided tremendous help in the build-up through coaching and raising the profile of the sport.

We wish Aoife and Emer best wishes for a successful tournament and hope the team make it to Rio.