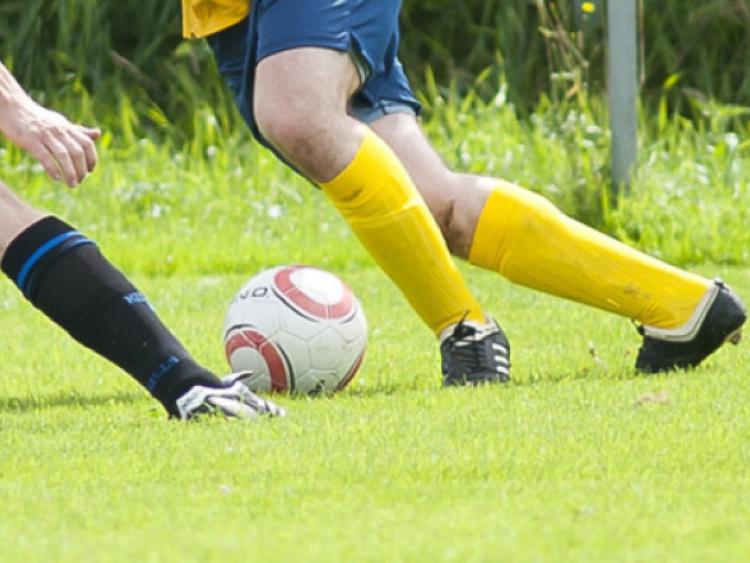 Portlaoise Town went to Kilkenny City last Saturday to play the local side in this Midlands Cup 1st Leg and came away with a good victory which sets them up well for the return leg in a fortnight’s time in Rossleighan Park.

Portlaoise Town went to Kilkenny City last Saturday to play the local side in this Midlands Cup 1st Leg and came away with a good victory which sets them up well for the return leg in a fortnight’s time in Rossleighan Park.

Portlaoise started well and were 1-0 up on five minutes when Joe Nevin fired home from close range after being set up by Oran Murphy with a fine accurate pass to open up the defense.

Brian Sheehy made it 2-0 on 10 minutes when he fired home after a brilliant run and cross down the left by Aaron Wright set up the chance.

Brian Sheehy then turned provider when his cross field pass sent Oran Murphy away and he fired a brilliant volley into the top corner of the net to make it 3-0 on 20 minutes. Evergreen had two good chances in the next five minutes but good work by the Portlaoise keeper Sean McCormack kept them at bay.

Oran Murphy made it 4-0 on 30 minutes when he tapped home from close range after more good work on the left wing by Aaron Wright.

Kaelyn Thompson then made it 5-0 just before the break when after a fine run through the middle he fired a fierce shot into the bottom corner for a brilliant solo goal.

Evergreen started the second half in fine form and pulled one back after 45 minutes when their striker shot home from close range and he added a second five minutes later when this time he fired home from just inside the box to make it 5-2.

Portlaoise had a few more chances in this half to add to their total but Oran Murphy and Niall Doran were just wide on both occasions with good efforts and the game finished 5-2 to Portlaoise.