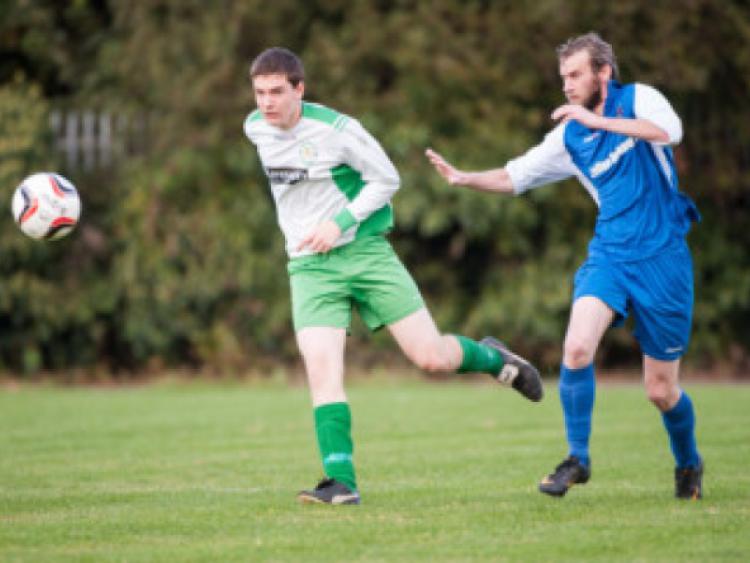 There was mixed fortunes for Laois teams involved in FAI Cup competitions over the weekend with one team advancing and two bowing out.

There was mixed fortunes for Laois teams involved in FAI Cup competitions over the weekend with one team advancing and two bowing out.

Mountmellick Under 17s continued their winning start to the season with a 2-0 win over Navan Road Utd in the FAI Youths Cup Preliminary Round game in the CCFL, Kildare, NDSL and South Dublin Section. They now face the short trip to Tullamore to play Mucklagh in the next round.

However there was no joy for the two Laois teams in action in the FAI Junior Cup 2nd Round. Rosenallis lost out by 2-1 away to Navan Cosmos while Noreside Celtic went down to a strong Edenderry team by 4-2.

In the Premier Division, Clonaslee Utd also opened their account with an excellent 4-3 away win against Tullamore. Clonaslee are well used to playing in Leah Victoria Park as it was their temporary home last year while their own pitch was being redeveloped and they put that knowledge to good use in a seven goal thriller. There was no joy for Abbeyleix however as they lost out by 4-1 on their long trip to Temple Villa.

Stradbally have jumped to fourth in a very tight Division 1 by virtue of their 4-1 home win against Moate Celtic while Portlaoise are up to third in Division 2 after a 2-0 win over Edenderry.

Despite not playing at the weekend, Portarlington Town continue to lead the way in Division 3A with Portlaoise Shamrocks and Emo Celtic each dropping points.

In the all Laois Division 4A, Portlaoise B maintained their unbeaten start with a 2-1 win in their derby against Maryborough while Mountmellick jumped up the table with a 5-1 win away to St Aengus.