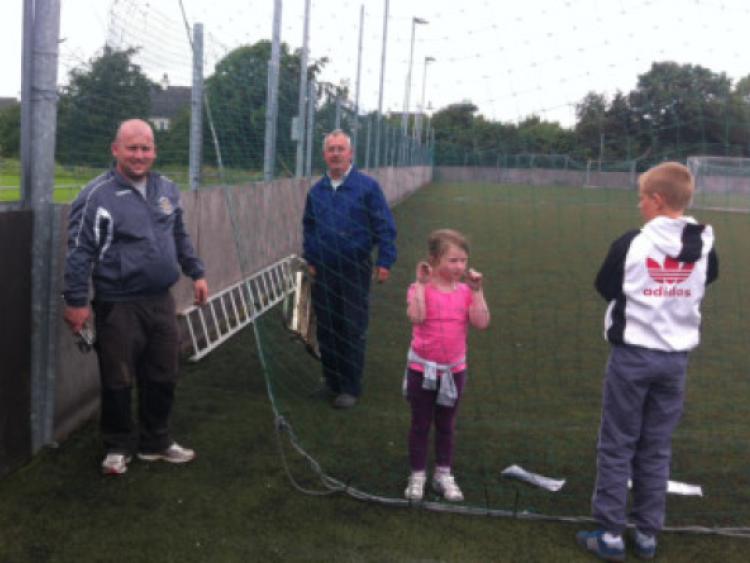 Portlaoise AFC’s grounds at Rossleighan Park will be in tip-top condition for the new season thanks to the efforts of club members.

Portlaoise AFC’s grounds at Rossleighan Park will be in tip-top condition for the new season thanks to the efforts of club members.

The club hosted its first volunteer day on Saturday, August 16 and over 30 members gave up their time on the day to take part.

Paint was in plentiful supply as walls and dugouts received a spruce while hedges were also cut and the clubhouse received a cleaning ahead of the start of the upcoming campaign. Others gave up their time to cater for the workers.

The idea was from Sylvia Gee who played her part by keeping everyone on their toes. The club would like to thank all who helped on the day and during the week.

This season Portlaoise’s first team will play in the Major Division Sunday of the Leinster Senior League. They opened their campaign with a 6-2 win over Hyde park but suffered a narrow 1-0 defeat at home in a local derby against Tullamore last Tuesday.

Portlaoise AFC cater for a large number of soccer players from youg to old in the town.

Last year the club’s side’s in the Midland Schoolboy/Girl League won a wide range of trophies with a number of sides also progressing well at national level in the SFAI Cups.

More recently, the clubs’s women’s team were crowned champions of the KDFL’s Women’s Division 2 going through the ten game campaign unbeaten with nine wins and one draw.