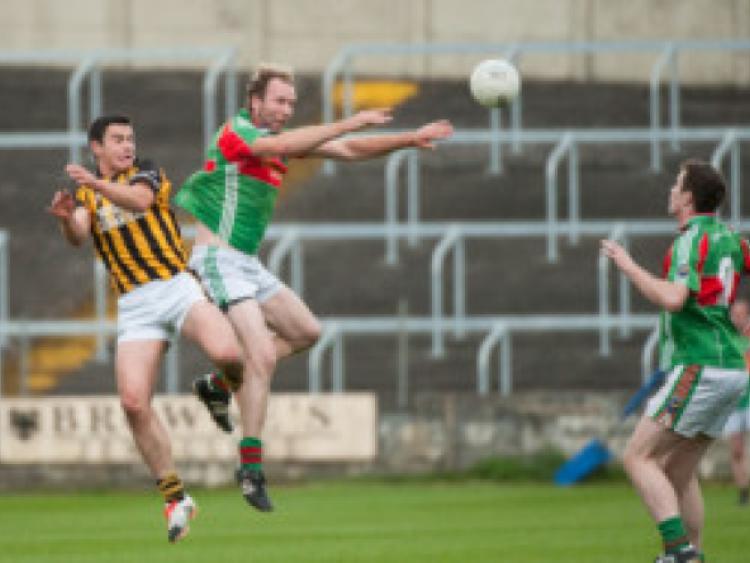 A first half goal from Thomas Dunphy and a string of impressive points in the second-half helped guide Camross to victory in the Junior C Football Final in O’Moore Park on Wednesday evening.

A first half goal from Thomas Dunphy and a string of impressive points in the second-half helped guide Camross to victory in the Junior C Football Final in O’Moore Park on Wednesday evening.

Dwane Palmer was the undoubted star of the game showing the same pace and skill with the football in hand as he normally does when he lines out for club and county in hurling. His forward runs opened up the Spink defence and opened up the space for his team-mates to take the scores.

Camross flew out of the blocks and were 1-3 to 0-0 ahead after 12 minutes. Points from Tadgh Doran (2) and James Palmer got them off to the perfect start before Thomas Dunphy struck for the goal.

Spink eventually settled into the game and hit the next four points with Mark Carroll scoring three and the impressive Robert Miller adding the fourth but they were still lucky not to be further behind as goalkeeper Joe Miller made three point blank saves to keep his side in the game.

As well as those efforts saved by the in form ‘keeper, Camross also hit eight wides in the first-half although they finished strongly with the last three points to go to the break five ahead.

Spink closed the gap to three early in the second-half with scores from Mark Hamm and Denis Kehoe and it looked as if they were going to push Camross right to the wire.

However the game turned decisively from the 36th to 41st minute with Camross kicking three glorious points as they took the steam out of the Spink recovery. Thomas Dunphy hit two of the score with Tadgh Doran hitting the third to re-establish a six point lead.

Camross were still wasting chances, they finished the game with 16 wides, with Aaron Moore hitting the last score for his side 12 minutes from time. Spink continued to push forward led by Robet Miller and Mark Carroll but Spink were also guilty of hitting a large number of wides with their only point late in the game coming from Seamus Miller.