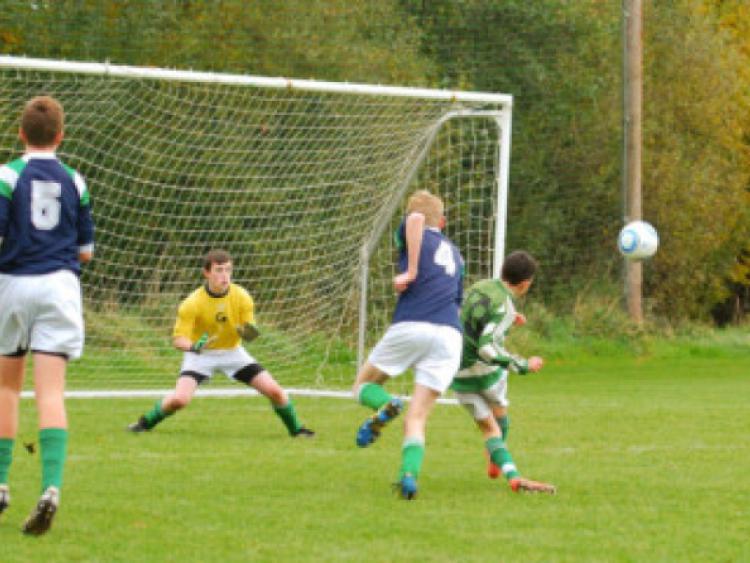 It was a good weekend for Laois sides in national cups with six teams advancing to the later rounds in competitions from U-12 up to U-16.

It was a good weekend for Laois sides in national cups with six teams advancing to the later rounds in competitions from U-12 up to U-16.

Abbeyleix Athletic are through to the last 32 of the U-12 Danone Cup after a hugely impressive 5-0 win in the third round at home to Dublin side Liffey Valley on Saturday.

There were mixed fortunes for the Laois sides in action in Round 3 of the U-13 SFAI Cup with Portlaoise and Clonaslee Utd both facing Kildare opposition. Portlaoise welcomed Athy Town to Rossleighan Park and recored a 4-2 win that sees them into the last 32 of the competition. Unfortunately for Clonaslee, they exited the competition last weekend losing out by a single goal to nil against a strong Naas side.

Both sides in action in the U-14 SFAI Cup came away with wins with Emo Celtic posting the result of the weekend with a 4-0 win at home to a very strong Granada side who are currently second in their division in the South Dublin Football League. Emo were full value for their win with Niall Dunne scoring the final goal in a tremendous win that puts them into the last 64 in the competition.

They will be joined their by Portlaoise who were equally as impressive winning on their travels against Shankill who play in the top flight in the South Dublin Football League.

It was a good weekend all round for Portlaoise as their third team in action also progressed through round 3 with the U-15 team making it a clean sweep at home to another strong Granada side. That result puts Portlaoise into the last 32 along with the elite sides in the country.

Also into the last 32 in the U-16 SFAI Cup are Abbeyleix who came through a tough MSL derby with Tullamore Town. Both sides play in the U-16 Major Division and it was the Laois side who came out on top on this occasion.