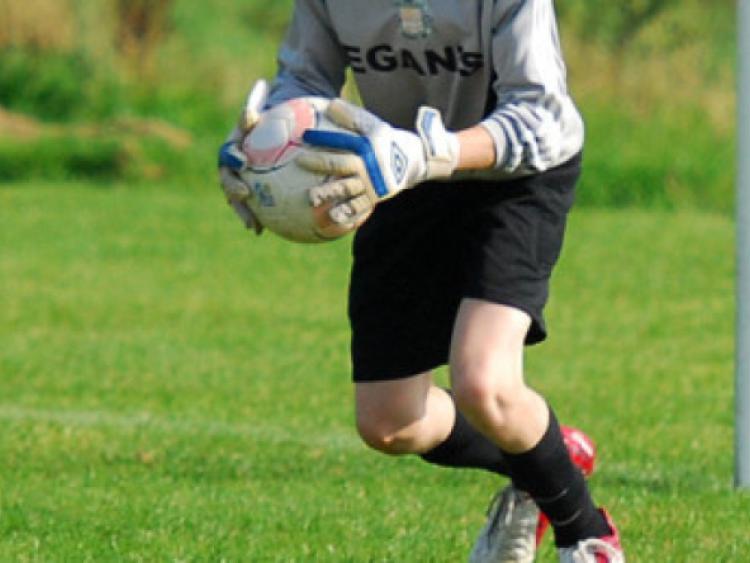 The surface was a like a carpet and all in Portlaoise AFC should be congratulated on the work that was done over the summer months in laying the two new pitches.

Portlaoise started the brighter and had two good chances in the first 15 minites when Joe Nevin and Jack Langton went close but were wide on both occasions. Jack Langton then put the Town 1-0 on 20 minutes when he fired low into the net after being put through by a brilliant Ger Ryan pass. Abbeyleix responded and made it 2-1 when they scored on 25 and 30 minutes.

Joe Nevin make it 2-2 on 35 minutes when Niall Doran set him up and Niall Doran then scored on 38 minutes when he volleyed home from 20 metres to make it 3-2 after great work by Ruairi Lewis and Jack Langton on the right side. Abbeyleix then scored just on the half-time whistle to leave it 3-3 at the break.

In the second half Abbeyleix had two early chances to take the lead but great work by the Town defence kept them at bay. Ross Brennan was then taken down in the box on 50 minutes and up stepped Niall Doran to blast the penalty home and gave the Abbeyleix keeper no chance to leave the score 4-3.

Brian Sheehy then went close with a header before Jack Langton made it 5-3 on 65 minutes when he shot home from close range after great work on the left by Joe Nevin and Aaron Wright. Abbeyleix replied on the 70 minute to leave the final score 5-4 to the Town. Portlaoise best players on the day were Sean McCormack Jason Maher Ciaran Rowney Aaron Wright Niall Doran and man of the match Ger Ryan.

Abbeyleix put it up to the Town and with a bit of luck could have got a draw here. They will be in the shake up for League and Cup honours if the keep up this form. Diarmuid Whelan Diarmuid Conway James Keyes Charlie Whelan and Ronan Quinn were their best players.