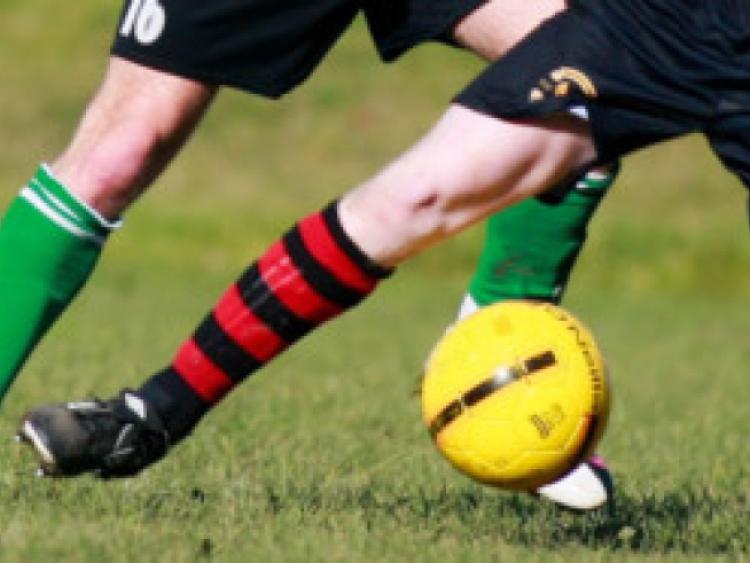 A number of Laois sides are in very strong positions in their respective divisions as the Combined Counties Football League heads into the Christmas break.

A number of Laois sides are in very strong positions in their respective divisions as the Combined Counties Football League heads into the Christmas break.

The stars of the show so far are Arlington who sit in second place in the Senior Division just three points behind leaders Willow Park. Arlington have made headway up the table in the run up to Christmas and five games remaining in the league, they have every chance to end the Athlone dominance in the CCFL’s top flight.

Also in the Senior Division, while they go into the New Year propping up the pile, Mountmellick gave themselves a timely boost with a surprise win over leaders Willow Park and if they can carry that form into 2014, they have every chance of surviving the relegation battle.

Clonaslee are performing the best of the three Laois teams in the Premier Division and are currently in fourth place although they would need a lot of results to go their way in the final weeks to get into a promotion spot.

In Division 1, Gracefield Athletic hold one of the two promotion places going into 2014 but the three teams behind them have the games in hand to overtake them. Gracefield will probably need at least three wins from their four remaining league games if they are to hold on to that spot until the end of the season.

The two Laois teams in Division 2, Portlaoise and Noreside are already out of the promotion hunt but both are going to be involved in a battle against relegation with Noreside currently second from bottom at the Christmas break.

In Division 3A, Edenderry are the runaway leaders and look on course to secure the league title but a host of Laois sides, Ballybrittas, Towerhill Rovers and Emo, are all still well in contention to overtake Daingain Town for the runners up spot.

Division 4A is an all Laois division and at the break there are three teams still in with a good chance of taking the title.

Portlaoise Shamrocks currently lead the way but they are only a point ahead of Midlands Celtic with both teams having played 12 games. Portalington Town are a further four points back from Midlands Celtic with the same number of games played but with a number of big games to come between the sides at the top, they are still well within range to mount a title challenge. Maryborough are on the same points as Portarlington Town but they have played two games more than the sides ahead of them and would need to win out and have a number of results to go their way to get back in contention.

In the U-19 Division, Portlaoise maintained their second place last weekend with a draw against Killavilla in one of only a handful of games that survived the weather. They are five points adrift of leaders Willow Park and they have four teams behind them, including Stradbally Town, who are hot on their heels for the runners up spot.

Rosenallis are the Laois side flying highest in the U-18 Premier Division as they are just three points off the lead entering the break for the Christmas festivities. They are currently in third place but have a game in hand on second placed side Tullamore who are just a point ahead of them in the table. Portlaoise are just two points further back and are certainly within striking distance for at least the runners up spot.

In the U-18 Division 1, Mountmellick Utd are currently in fourth and while they are seven points behind leaders Kinnegad Juniors, they are just four adrift of Killeigh Ramblers in second and that is a gap they will be well capable of closing in the new year.