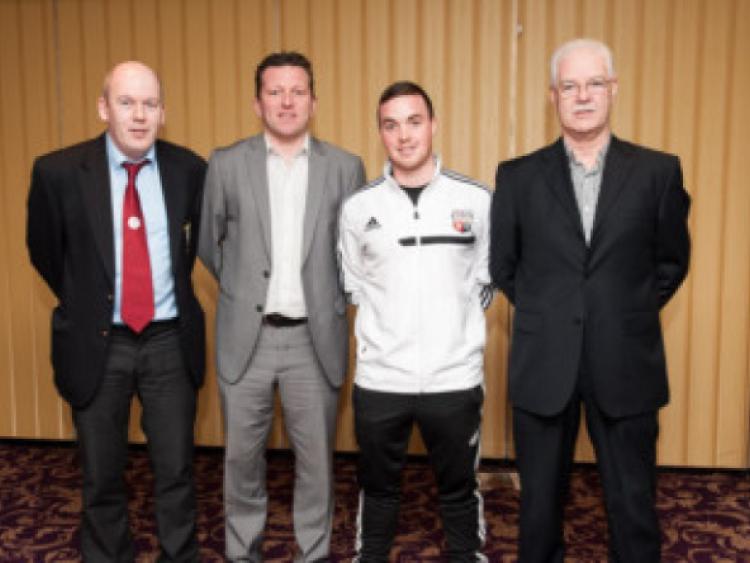 A unique link up between the CCFL and Brentford Football Club was signed last week and according to the Brentford representative who put pen to paper to confirm the deal, the link up was ‘a no brainer’.

A unique link up between the CCFL and Brentford Football Club was signed last week and according to the Brentford representative who put pen to paper to confirm the deal, the link up was ‘a no brainer’.

Anthony Hayes is the Head Coach of the Brentford U-17 squad but he is no stranger to football in the midlands as he is originally a native of Athlone.

As the holder of a UEFA A License, Anthony is a highly qualified coach and speaking at the launch, he said the new partnership is something he wanted to put in place for some time.

“It’s something I wanted to put in place since I started working professionally in England. I was delighted when I met with Chris Hand, Eamon Brady and the Chairman over Christmas and it was a no brainer really. Once I went back to Brentford and put the idea to them, they were fully behind it. It’s very, very good.”

A former player with Willow Park, Athlone Town and Limerick FC, Anthony has been with Brentford since 2011. He feels that players across Laois, Offaly and Westmeath can be overlooked by clubs across the water.

“I think sometimes the midlands gets forgotten about when it comes to talent recruitment and talent identification. It’s normally Dublin, Cork, even Galway at times. There’s always talent in and around this area and hopefully we’ll have first hand access to it through this partnership.”

The link up will provide an excellent opportunity for younger players in the midlands to showcase their talents and they will get to witness first hand how a professional club works.

“We’re hopeful that we can arrange a trip for the players to come over,” commented Anthony. They’ll do a training session one day. Play a game the next and then come and watch Brentford’s first team play which is a plan that we have in the offing. I think it works both ways definitely. We’ll try and provide support to the clubs and to the league and we’ll try and give players a pathway to reach their full potential.”

The players will also find out just how much it takes to be a professional footballer.

“The level is the elite level of performance. It’s not just talent on a football pitch. It’s what you do off the pitch. How you prepare, how you look after yourself, I think that will be the biggest eye opener for the players. But it’s an education for them as well, regardless if they progress through with Brentford or not, it’s the chance they have to play at that level.

“Talent on the pitch is only 10%. The other 90% is the hard stuff off the pitch they have to control. It’s their lifestyle and things they need to do better than everyone else. It’s a challenge for them but the players who want to do it will do it.”

While he hasn’t yet run the rule over the current CCFL crop of young players, that is something that Anthony is hoping to arrange in the near future.

“I’ve touched base with Chris Hand to find out their results but hopefully I’ll be able to get a recruitment officer to come over and have a look at the talent available and see if there is anyone that we’d like to invite in for further assessment.”

While much of the focus was on the elite level of performance and the link up with Brentford, Anthony is hoping that all players can benefit.