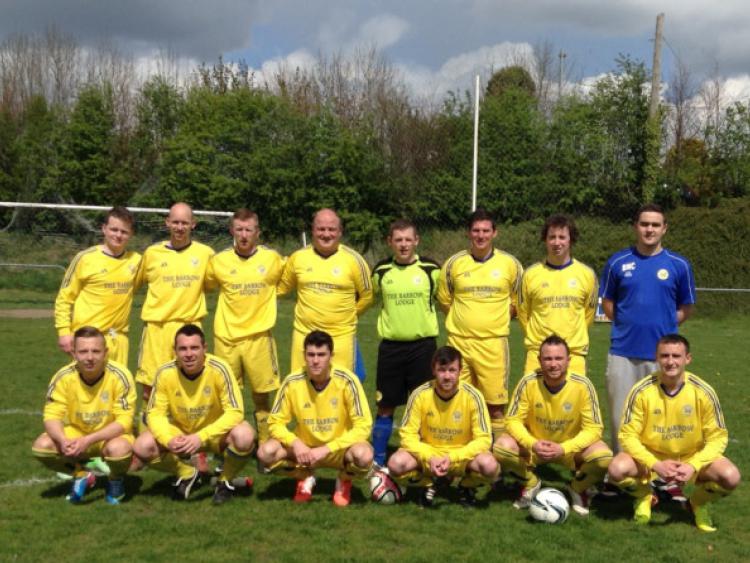 Two goals in the second-half from Senior Division champions Willow Park guided them to victory in the Paddy Cotter Cup Final on Sunday in Birr at the expense of Arlington.

Two goals in the second-half from Senior Division champions Willow Park guided them to victory in the Paddy Cotter Cup Final on Sunday in Birr at the expense of Arlington.

The Athlone side have been the top dogs in the CCFL in recent years winning the last five Senior Division titles but they were pushed all the way by Arlington in their entertaining encounter.

On another day, the Laois side could easily have taken the spoils but they didn’t convert the chances that came their way while Willow Park took two of their opportunities.

Willow Park had the majority of the possession and the best of the chances in the first-half but Arlington defended resolutely and kept it at 0-0 to the break.

Willow Park almost opened the scoring in the opening minutes but after that chances were at a premium for the remainder of the first-half. The Athlone side maintained possession well but the well organised Arlington defence dealt with the majority of the attacking threats. They did go close through an effort from captain Robbie Shine but it hit the crossbar and the Arlington defence was alert to clear their lines.

Arlington could have been awarded a penalty late in the half when David Thorpe appeared to be taken down by the Willow Park ‘keeper but the referee waved play on.

Arlington had the first chance of the second-half when a cross from Shane Pierre Cretaro was taken off the head of Daryl Foy by Chris Doran in the Willow Park goal.

Willow Park continued to enjoy the lion’s share of the possession but despite forcing a number of corners, they never really threatened John Rickard’s goal.

The game turned in a two minute spell 15 minutes into the second-half. Arlington came within inches of taking the lead when a superb curling free-kick from the left foot of Shane McAuley was somehow clawed over the bar by Chris Doran.

From the resulting corner, Willow Park broke down the wing and a cross from Glen Byrne was headed home from close range by Stephen Rehillan. Arlington had their chances to get level with Oleg Shiskarev going close on three separate occasions. The pace of the Arlington man was a constant threat to Willow Park and with 65 minutes on the clock, he latched onto a long ball forward but with just the ‘keeper to beat, he slotted the ball inches wide of the post.

Willow Park should have doubled their lead soon after but Glen Byrne volleyed the ball over the bar with the goal at his mercy.

Shiskarev continued to torment the Willow Park defence and he almost forced an own goal from Fergal Murray with the Athlone man putting the ball inches over his own bar as he tried to clear.

Midway thorugh the half, Arlington went close twice in a minute. An in-swinging corner was headed onto his own crossbar by Willow Park’s Graham Whittaker and when the ball was cleared to the edge of the box, Shiskarev smashed a powerful volley that went inches wide of the left hand post.

Entering the final quarter, Arlington had another penalty appeal turned down when a Willow Park defender looked to have clearly handled the ball. Less than three minutes later, the Athlone side sealed the win when, after a short corner, the ball was played across and an unmarked Graham Whittaker glanced the ball into the back of the net.

Arlington never threw in the towel and battled to the end but with a two goal lead, Willow Park closed out the game to add the Paddy Cotter Cup to their sixth consecutive Senior Division titles.