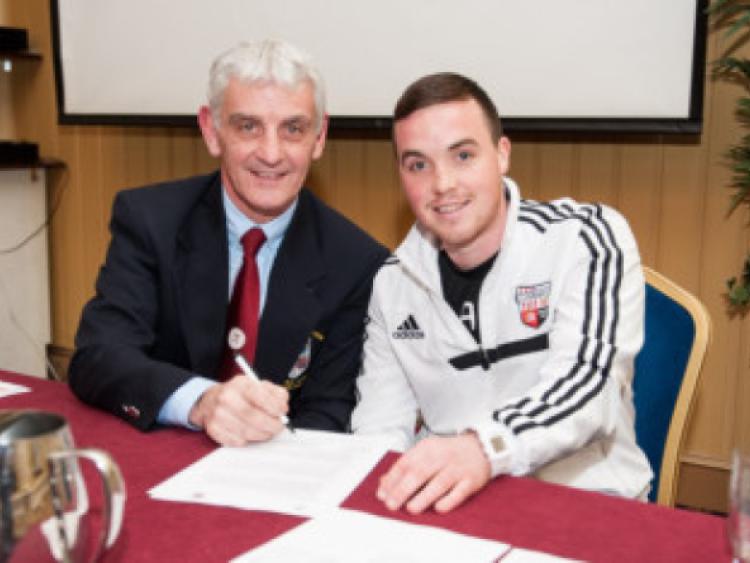 The Combined Counties Football League (CCFL), the body responsible for organising junior soccer in Laois, Offaly, Westmeath and Longford has broken new ground with the announcement of a link up with English Football League Division 1 side Brentford.

The Combined Counties Football League (CCFL), the body responsible for organising junior soccer in Laois, Offaly, Westmeath and Longford has broken new ground with the announcement of a link up with English Football League Division 1 side Brentford.

The exciting development in relation to the CCFL’s Youths Development Programme is for an initial two years and will see the CCFL form a strategic alliance with Brentford FC.

Brentford are a professional football club based in the London Borough of Hounslow. They are presently the leaders of League 1 and are on the cusp of promotion to the Championship.

Brentford FC Academy and the Combined Counties Football League have agreed to create an active working relationship between both organisations, which meet the vision, mission and goals of both.

Athlone native Anthony Hayes, now a Head Coach of the Brentford U-17 Squad, was on hand in the Bridge House Hotel in Tullamore to sign a memorandum of understanding to ratify the alliance.

Anthony was instrumental in assisting the CCFL in working towards this exciting development. Hestarted his playing days with Willow Park and went on to play with Athlone for six seasons before playing with Limerick FC.

Following his playing career Anthony has concentrated his football development in coaching and after a successful nine month coaching spell in the USA in 2010, Anthony moved on to his present position with Brentford FC where he currently holds the position of Head Coach of the Under 17 squad. Anthony coaching qualification includes holding an UEFA A License.