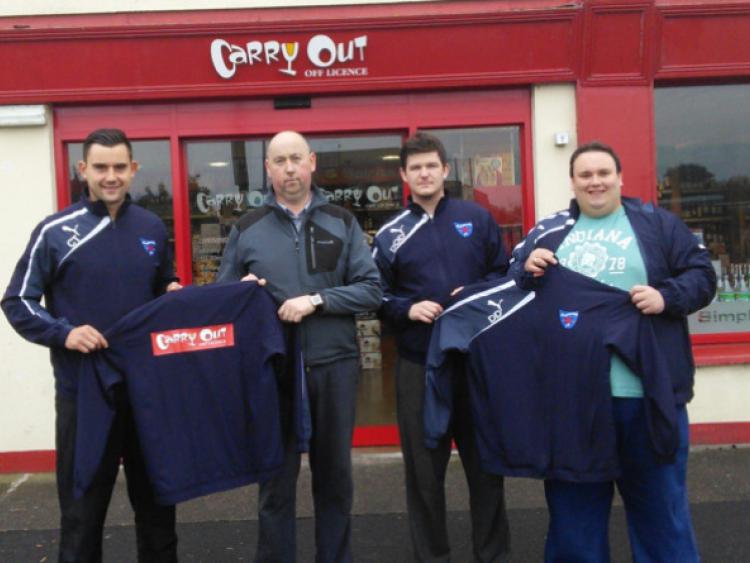 Maryborough came out on top in this Portlaoise derby on Sunday against LOFFA FC.

Maryborough came out on top in this Portlaoise derby on Sunday against LOFFA FC.

Maryborough started the strongest and went ahead through a Sean O’Driscoll header from a Dan Langan Cross. Maryborough were on top for most of the half but LOFFA came close on a number of occasions.

The second half started perfectly for LOFFA. A penalty was awarded after only a minute and it was finished well, sending the keeper the wrong way.

From the next 20 minutes LOFFA were the better team and Maryborough had ‘keeper Troy Fagan to thank for keeping the scores level with a goal-line save.

After 65 minutes Maryborough retook the lead. A corner from Jojo Thompson was met at the back post by O’Driscoll.

He completed his hat trick with ten minutes to go. After a foul on Keith Bray inside the box, the ref pointed to the penalty spot and O’Driscoll drilled it straight down the middle.

The scoring was completed with two minutes to go. Maryborough were awarded a second penalty and O’Driscoll stepped up again. This time he sent the ‘keeper the wrong way.

Best on the day was Sean O’Driscoll with Troy Fagan and Keith Bray running him close.