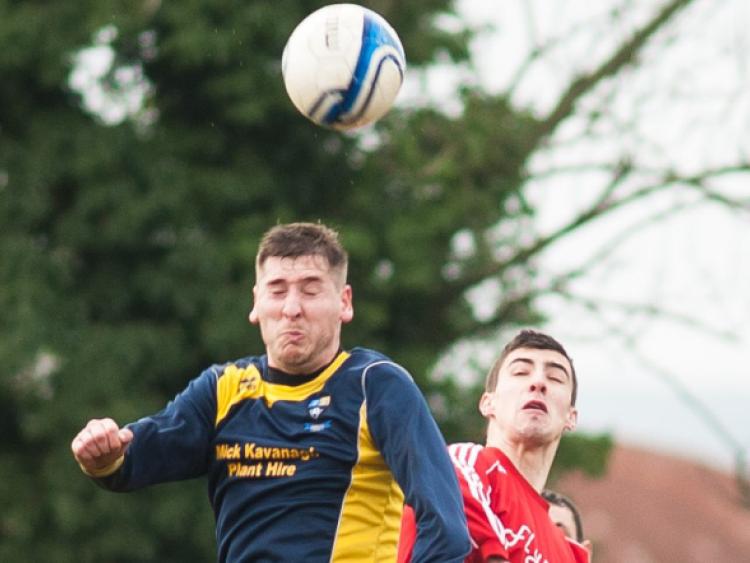 Mountmellick Utd pulled off the shock of the season so far with a 2-0 win over the previously unbeaten titans of Willow Park on Sunday afternoon in Conor Davis Park.

Mountmellick Utd pulled off the shock of the season so far with a 2-0 win over the previously unbeaten titans of Willow Park on Sunday afternoon in Conor Davis Park.

Mountmellick went into the weekend with just two wins from their 12 games while Willow Park were runaway leaders with eight wins and one draw from nine games.

However on Sunday, Mountmellick turned the form book on its head and in doing so gave their chances of staying in the top flight a timely boost.

First half goals from Mark Grennan and Robbie Hibbitts gave the home side an unlikely lead at the break and they defended superbly in the second-half to maintain that advantage all the way to the final whistle.

They remain level on points at the bottom of the table with Monksland however they are now just one point behind third from bottom Mullingar Athletic with St Peter’s just two points further ahead.

Despite not kicking a ball in anger, it was an excellent weekend for Arlington’s A side as they remain six points behind Willow Park while their nearest rivals for second, Melville Utd, were held to a 1-1 draw by St Peter’s.

In the Premier Division, Clonaslee weathered a first-half storm from Abbeyleix Athletic before a late goal from Sean Larkin secured them a crucial three points that keeps them on the coat-tails of the top teams in the division. Abbeyleix remain firmly in mid-table while Rosenallis prop up the division after a 3-1 defeat away to fellow strugglers Gallen Utd.

In Division 1, second placed Gracefield’s title hopes suffered a major blow as they were turned over by bottom side Highfield Utd. The result leaves Gracefield now seven points behind Mullingar Town with Ballinahown closing the gap behind them.