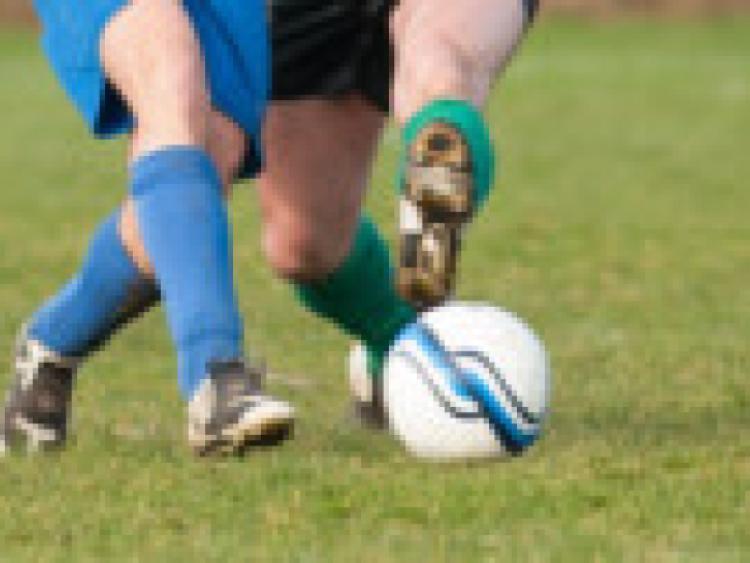 It was a weekend of mixed fortunes for the MSL clubs who were in action in last 32 games in the SFAI National Cups.

It was a weekend of mixed fortunes for the MSL clubs who were in action in last 32 games in the SFAI National Cups.

In the under 16, Galway side Oughterard conceded the the game to Abbeyleix Athletic but game of the day was the tie between Portlaoie and Clonmel Town.

Portlaoise were two goals up at half time. A third minute volley from inside the penalty area from Jason Maher and it was Jason who made it 2- 0 on 26 minutes from the penalty spot.

Two up at the break, it looked good for Portloaise. Clonmel started the second half like a whirlwind and goals on 50, 56 and a deflected shot on 69 minutes put them ahead. Portlaoise levelled on 72 minutes with Jason Maher completing his hat-trick running onto a clearance to leave it 3-3 at full-time.

The first period of extra time saw Portlaoise score twice Robin Galbraith and Jason Maher both with close in finishes.

On the turnaround, Clonmel pulled a goal back from a goalmouth scramble and in injury time in the second period of extra time drew level again which sent the game onto penalties. Both sides had their first penalty saved with Portlaoise keeper Sean Devoy diving to his left to make the stop. Both sides scored penalty number two. On penalty three Portlaoise scored but Clonmel missed and Portlaoise were to convert their next two penalties and advance to the last 16 after an a game that the hardy people who attended were kept entertained till the last minute. Credit must go to both teams who put so much effort into the game. Elsewhere St Brendans from Tralee won 5-4 after extra time in Birr

In the Under 15 Portlaoise have to be the most unlucky side losing to a last minute goal agaisnt Ashbourne from the North Dublin league. The two teams met last year at the same round in the Under 14 and Portlaoise were well beaten by them. It was a bitter disappointment for Portlaoise but the squad of players will know after this game that they can compete with the best in the country. Willow Park advanced over Cork side Rockmount.

In the Under 12, Tullamore Town were knocked out by Aisling Annacotty but Abbeyleix are into the last 16 albeit because of the withdrawl of most of the Cork clubs. Mayfield were to be Abbeyleix’s opposition.