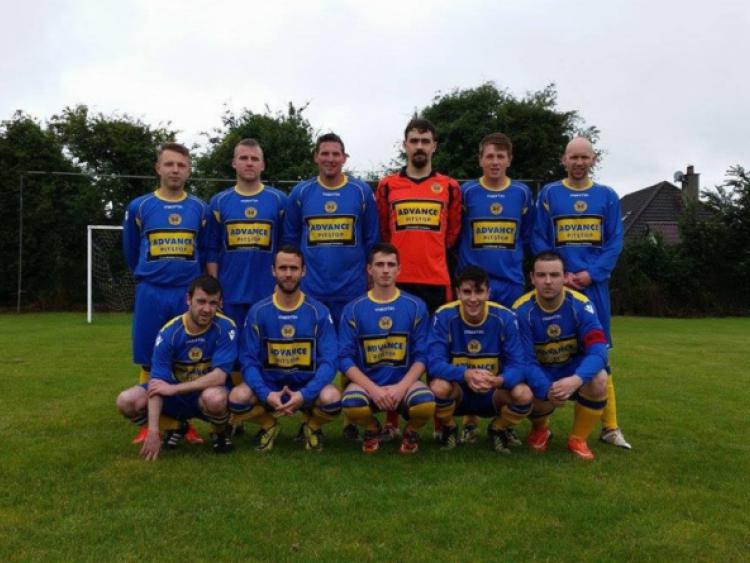 After last weeks hard fought draw away to Monksland in their opening game, Arlington hosted defending champions Willow Park in their first home game of the season at Castle Park.

After last weeks hard fought draw away to Monksland in their opening game, Arlington hosted defending champions Willow Park in their first home game of the season at Castle Park.

Overnight rain led to slippery underfoot conditions, but allowed fast movement of the ball along the surface, as both teams tried to play good football.

In a first half where there were very few clear chances, Arlington managed to take the lead with a superb strike from the edge of the area. Good link up play between Robbie McNeill and Joe Gorman saw the ball fall to the feet of Barry Kenny and he fired across goal to give the Willow keeper no chance. It was another fine strike from Kenny to match his effort in Athlone last week.

Willow continued to look dangerous down both flanks and a number of dangerous crosses were fired across the home defence. Both sides missed gilt edge chances to score before the break when first McNeill fired over from close range when it looked easier to score and then the Willow winger lifted his effort over the bar under pressure from Brian McAuley in the Arlington goal.

Willow Park are not eight times league champions for no reason and they levelled the game shortly after half time when their striker managed to find space in the area to prod home. The Athlone men had much of the ball for the second half, but a resolute defensive display from the home team gave away very few chances and a hard working Barry Kenny upfront continued to look dangerous.