Laois gets an 'AA' Grade for Battery Recycling says WEE A 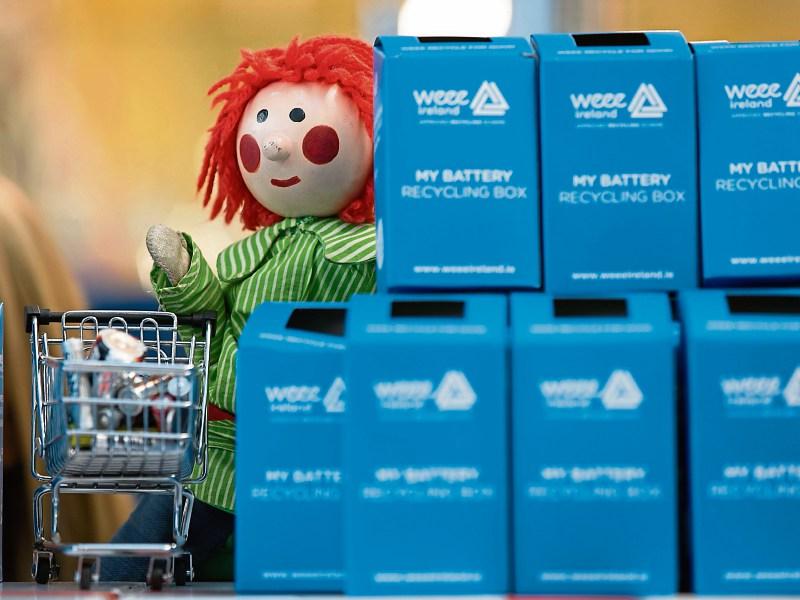 WEEE Ireland has given Laois residents and pupils in Scoil Bhride in Rathdowney an ‘AA grade’ for their battery recycling efforts.

The news comes ahead of a final push to reach the EU target of recycling 45% of all batteries sold in Ireland by the end of 2016. WEEE Ireland is the country’s biggest recycling scheme for used batteries.

WEEE Ireland praised them for their efforts in collecting and recycling batteries.

WEEE Ireland CEO Leo Donovan called on people in Laois and schools in the county to make a final push and collect as many batteries as possible ahead of the deadline at the end of the year.

Mr Donovan praised the efforts of Scoil Bhride in Rathdowney whose pupils collected 235kg of batteries over the past year as part of the WEEE Pledge Programme.

The WEEE Pledge Programme is a free recycling and educational programme designed for schools - more information is available about it at www.weeepledge.ie

Mr Donovan said that the WEEE Pledge Programme was calling on all schools around the country as well as teachers pupils and parents to recycle as many batteries as possible before the year’s end.

“I am especially proud of the great recycling work that residents of Laois have done as well as the efforts of pupils in Scoil Bhride in Rathdowney as part of the WEEE Pledge Programme. They are setting a very high standard for other schools to follow.

“WEEE Pledge has broadened students’ recycling activity and is inspiring the next generation to be ‘guardians of our planet’. Students (and their families) learn about the importance of being responsible for the environment and how to make a difference in each community” Mr Donovan added.

In 2015 over 2,000 primary and secondary schools took part in the WEEE Pledge programme and WEEE Ireland hopes that this number continues to grow. By recycling their batteries under the WEEE Pledge Programme students are also helping to raise much needed funds for LauraLynn, Ireland’s Children’s Hospice.

This is the second year that the European Battery Recycling Day is taking place. It is a Europe-wide initiative that sees WEEE Ireland join forces with other recycling schemes under the auspices of the European Association of National Collection Schemes for Batteries (EUCOBAT).

Mr Donovan added that generally Irish consumers had adapted well to recycling so much so that they were close to achieving a new European recycling target.

“Battery recycling is fast becoming part of household waste management activity and we call on everyone in Ireland to recycle waste batteries responsibly.

“We are at the forefont of battery recycling – there are only a few months left to reach our EU target so we are asking people to look around their homes and offices for any portable batteries that need to be recycled” he added.