'People have a fear of prostate cancer, some ignore it for years'

Killenard farmer Christy Slevin shares his experience of Prostate Cancer, urging all men to get checked 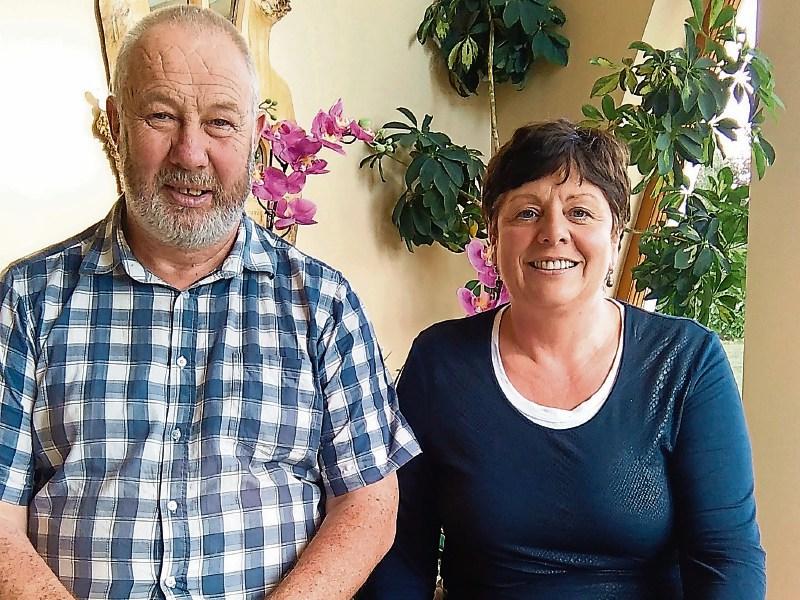 Killenard farmer Christy Slevin is urging every man over 50 to get a simple blood test done to check for prostate cancer, after his own was diagnosed early and successfully treated.

Christy’s cancer was detected from a PSA blood test carried out by his GP, three years ago when he was 53.

“I was getting routine blood tests anyway because I was on depression medication. My doctor said to get it looked at so I went off to James’ in Dublin for a biopsy. I wasn’t even that worried. My mother was sick with lung cancer and my dad was possibly facing a leg amputation at the time, so to me the prostate was like getting a bad tooth out,” he said.

“People have a fear of prostate cancer, some ignore it for years, but I had it the other way, I didn’t treat it with enough respect,” he said.

The first step after finding early prostate cancer is to ‘watch as wait’ becuase it grows very slowly and its removal can have lasting side effects.

Christy was even advised by doctors to go and enjoy a planned family holiday, but decided not to because of his parents being unwell.

A few months later, he had the operation to remove his prostate, a walnut size gland which is part of the male reproductive system.

It was keyhole surgery, and a second operation followed to remove a further dozen small clips.

The costs were covered 90 percent by his health insurance, and he drove a bargain for the rest.

“I got them to knock off the 10 percent. Farmers are divils for a bargain,” he said with a laugh.

Usually radiotherapy follows but as he has Crohn’s disease, it could not be used.

Christy's cancer is gone, but he did not realise the full after effects of the operation.

“I went home and did a bit of tilling but I fell asleep on the tractor. I woke up at the far end of the field,” he said.

His chronic tiredness affected his family, with support needed from his wife Mary, his sons and daughter.

“I had cancer but Mary had to cope with everything. She always does a lot but she had to do a lot more.

“I didn’t do much lambing that year. I didn’t realise the effect it has on your children. We talked to our kids but other people don’t. If they find out from friends, they worry more about what else you haven’t told them,” he said.

Christy has also found support in The Cuisle Centre in Portlaoise.

“I knew of it, but I thought it was for terminally ill people, and more for women. My brother brought my mother to it, and got me a leaflet so I rang them,” he said.

“They were nearly all the same with the tiredness. To find out you’re not the only one was a relief, I felt I was being lazy so I was pushing myself too hard, but now I can take a nap in the day and sleep well because I don’t feel guilty. I feel 80 percent better since I came in here, it helps you to cope,” he said.

He is even spreading the word to fellow farmers about getting checked, and even loaning them relaxation tapes from Cuisle, which help with many stress related problems.

It is easier for men to talk in the group, says director Stella Moran .

“Some men said they never talked about it at home, and it was the first time they were able to express their feelings. On the last night they can bring their partners and by then they are more able to talk,” she said.

Prostate is one of the most curable cancers, if treated in the early stage.

“The test only costs about €15. If you were told you had cancer and where would you prefer it, you would go for the prostate, because it’s the most curable,” Christy said.

For him, life is ploughin g ahead.

“Nearly all the negatives can be got over. My son is getting married in Japan next year and we are looking forward to that. If I hadn’t looked after myself, I wouldn’t be here, now I have a full life ahead,” he said.

He urges any man facing or finished treatment, to go to the next Prostate Cancer Support Group course at the Cuisle Centre, starting on Tuesday October 25 at 7pm.

The centre also offers pelvic floor exercise classes for before and after prostate cancer treatments, to minimise the side effects.

“I just want to say to people, don’t be afraid to come into the Cuisle Centre, everybody here is very approachable,” Christy said.

For details on all therapies, services and workshops, ca