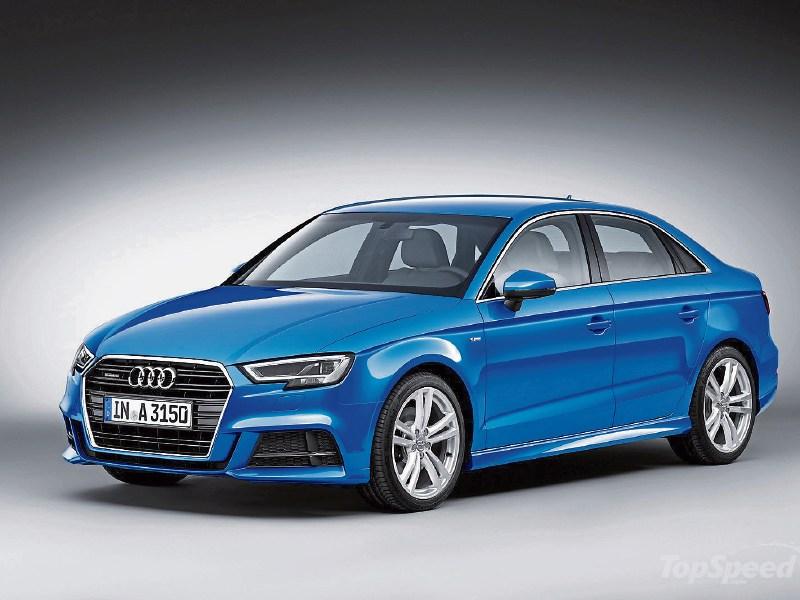 Audi unveiled the new second generation Q5 SUV and the new sporty RS3 Saloon to international audiences for the first time at the Paris Motor Show.

These new models were unveiled today during the official Audi press conference at the Paris Motor Show. Other models in the limelight included the new Audi A5 and S5 Sportback, and the Audi RS3 LMS racecar.

“The first Audi Q5 was for many years the world's best-selling SUV in its class.

“It was no easy task to design its successor, but that is precisely why it is so very exciting,” says Rupert Stadler, Chairman of the Board of Management at AUDI AG.

“With the new Q5 we are setting the bar a notch higher. Among the great innovations are the quattro drive system with ultra technology, highly efficient engines, the air suspension with damper control and a comprehensive line-up of infotainment and assistance systems.”

The new SUV from Audi takes a sporty and taut stance on the street but is almost 90kg lighter. A sculpturally flared Singleframe grille with a solid frame dominates its aerodynamically flat front end.

It is available with headlights that are in Xenon, LED or high-resolution Matrix LED technology with dynamic turn lights.

The new Audi Q5 SUV, available in Ireland in early 2017, sets the standard once again as it combines the sportiness of an Audi saloon with a highly flexible interior, the latest innovations in Audi infotainment and up to 30 driver assistance features.

The Audi Q5 will launch in Ireland with a choice of 14 different exterior colours and five powerful and efficient engines: four TDI engines and one TFSI.

Audi engineers have managed to add more power, while reducing fuel consumption. The 2.0 TDI engines have up to a 27hp increase in power with outputs of 150 hp, 163 hp and 190 hp, and are particularly efficient.

Audi drive select sees the addition of two new modes, meaning that the driver can now select one of seven driving modes.

The two new modes, lift/offroad and allroad, emphasise the offroad character of the Audi Q5.

The new Audi SUV comes with 18-inch alloy wheels on SE models as standard while S Line models come with 18-inch 5-arm star alloy wheels. For a sportier look, wheels up to 21 inches in diameter are available as options.

Wind noise is exceptionally low, and vibration comfort is high – the new Q5 indulges both the driver and passengers with the best interior acoustics in its class.

Depending on the rear seat position, the basic volume of the luggage compartment ranges from 550 to 610 litres, 10 litres more than the previous model.

When the rear bench is folded down, this volume increases to 1,550 litres. Cargo loading is simplified by a variably folding mat as standard, standard sensor control of the power tailgate, and manual lowering of the body via the optional air suspension.

The Q5 brings Audi’s brand motto of Vorsprung durch Technik to life through it range of tech and connectivity options.

Among the many options, the Audi virtual cockpit presents brilliant graphics on its high-resolution 12.3-inch screen.

The driver can choose from two views – a classic view with large round instruments and a mode in which the navigation map or lists dominate.

MMI navigation plus utilises the Audi connect system to integrate a LTE module and a Wi-Fi hotspot, which lets passengers go online with up to eight mobile devices. Drivers that opt for Audi connect, a permanently installed SIM card with a flat data rate, can also avail of data packages for the car’s Wi-Fi hotspot at attractive rates, which also allow for EU roaming.

The free MMI connect app connects the car to a smartphone or smartwatch, allowing for the remote checking of important vehicle states, online media streaming and transmission of a calendar from a smartphone to the MMI.

The new Audi Q5 will arrive at dealerships in Ireland at the beginning of 2017. Pricing will be announced later this year.

With a 400 hp five-cylinder engine, ground-breaking efficiency and an even sharper look, the Audi RS3 is the first compact Audi saloon to bear the RS label.

The new 2.5 TFSI engine outputs 400 hp, 33 hp more than its predecessor. That makes it the most powerful five-cylinder engine in the global market.

The compact RS model sprints from 0 to 100 km/h in just 4.1 seconds, and can attain a maximum speed of 250 km/h; on request Audi can increase the electronically limited top speed to 280 km/h.

With lightning-fast shifting, the S tronic seven-speed dual clutch transmission transmits the power of the 2.5 TFSI to the quattro permanent all-wheel drive.

Its electro-hydraulic multi-plate clutch distributes the drive torque variably between the axles and this electronic control combines superior stability with a high level of driving pleasure.

During faster and sportier drives, a large share of the torque will reach the rear axle resulting in especially agile driving characteristics.

quattro® is integrated as a standard feature in the Audi drive select dynamic handling system, as are the steering, S tronic, engine management and the adjustable exhaust flaps.

The driver can individually vary the operation of these components between the three modes: comfort, auto and dynamic.

The same is true for the optional RS sport suspension plus with adaptive damper control.

Progressive steering, four-link rear axle, a tight setup and lowered by 25 millimetres relative to the standard model: the chassis of the RS 3 saloon is the perfect partner for the powerful drive system.

From its stable centre position, the RS 3 saloon spontaneously steers into curves and follows through with superior precision.

The fully digital Audi virtual cockpit is optionally available. On its high-resolution 12.3-inch monitor the driver can choose between three display modes.

They include a special RS screen that moves the tachometer to the centre. On the left and right, information appears on tyre pressure, torque and g forces.

When the transmission is operating in manual mode, a scale with a colour background prompts the driver to use the steering wheel paddle or selector lever to upshift when approaching maximum revs.