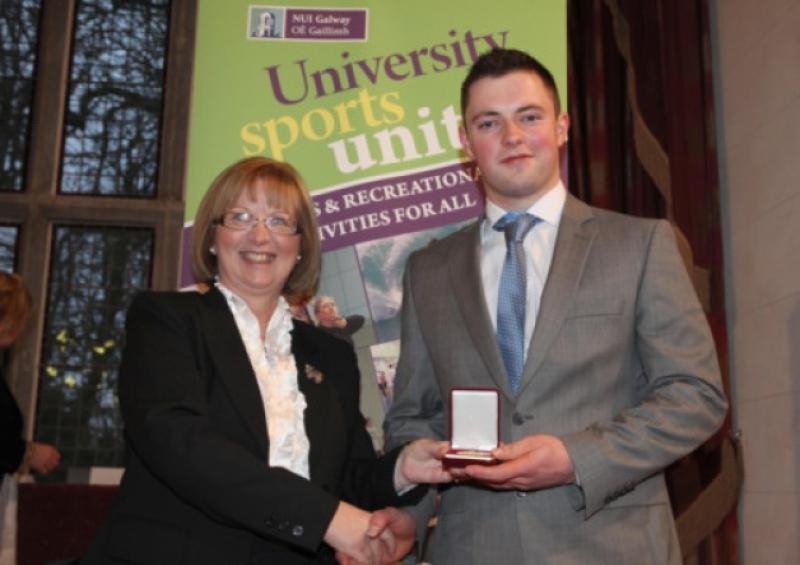 NUI Galway announced the recipients of the 2013 Sports Awards at a special ceremony last Thursday.

NUI Galway announced the recipients of the 2013 Sports Awards at a special ceremony last Thursday.

The awards recognise sporting performance, leadership and participation, as well as those that contribute to the running and development of the NUI Galway Sports Clubs.

Among the individual winners was Laois archer Darren Wallace who set a new Irish University record in Archery this year. Darren was also part of the NUI Galway Archery team which dominated the Irish Varsity scene this year and who are in receipt of one of the team awards.

Gary Ryan, NUI Galway’s Development Officer for Elite Sport, said, “When you look at the list of the people who have won these awards over the years some of the most recognisable names in Irish Sport are amongst them. There are also dozens of former students who have contributed enormously to sport locally and nationally since then in a variety of different roles. It is striking to see how many past award winners are now involved in coaching and administration and reinforces how important the learning experience of being involved in University Clubs can be.”