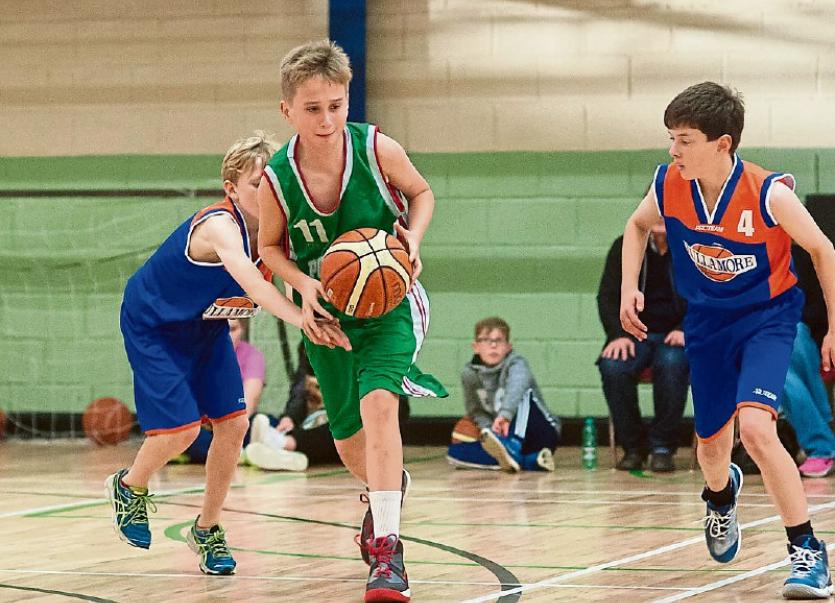 Portlaoise had their toughest test to date on Sunday last when they travelled to Kilcullen to take on Gliders with a small panel of only eight players.

They were undefeated going into this game and were determined to keep it that way. The game started well for Portlaoise with Emer Healy opening the scoring and Sophie Delahunt adding four more points. Ellen Connolly had some important steals on defence which helped the girls hold a six point lead at the end of the first quarter.

Gliders were not giving up and both teams were depending on their defence to keep them in the game. Seona McGittrick got some great defensive rebounds limiting Gliders scoring chances.

Amy Byrne had a superb seconnd quarter scoring all of Portlaoise baskets and helping extend the lead to seven points at half time.

The third quarter was a very poor one for Portlaoise they let their lead slip and the game was level going into the final eight minutes of the contest. This was mostly due to the determination of Gliders Gillian Wheeler who was determined not to give in, and get her team back in the running.

Lauren Dwyer hit a basket when it was needed to settle the girls back into the game. Portlaoise would have been behind entering the last quarter had it not been for a basket late in the quarter by Ailbhe Griffin.

The last quarter was a nail biting end-to-end scoring spree and was the highest scoring quarter for both teams. Portlaoise trailed by two points with just over three minutes to go. Roisin Quigley hit a massive three-pointer to put the girls ahead by a point and momentum back with Portlaoise. They were able to hold onto this lead and win by 5 points.

A hard fought win by the girls who showed great heart and determination and a never give up attitude. Next Game Tuesday 17th away to Longford in a top of the table clash.