Senior men back in Top 4 after victory 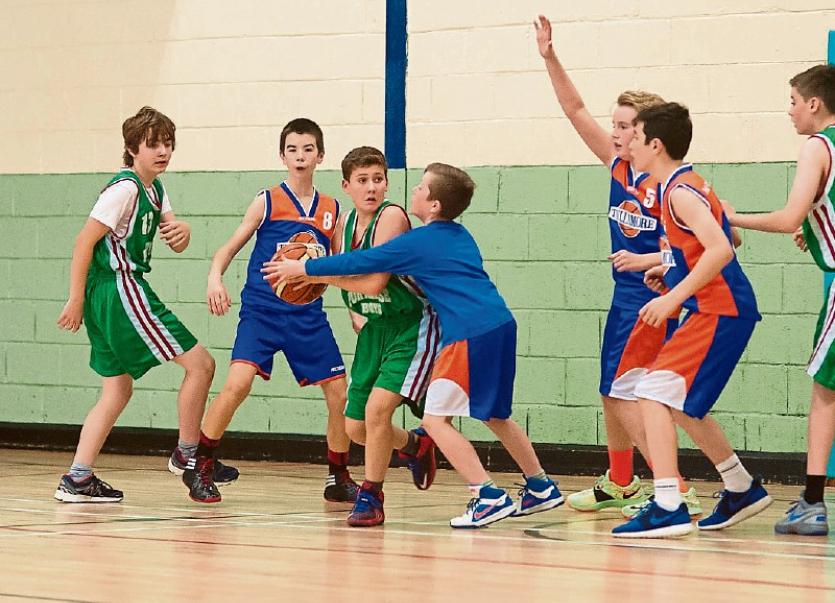 Portlaoise Panthers played host to Kildare Gliders on Sunday night as they looked to gain back to back wins and regain their place in the Top 4 standings for the end of year competition.

A slow start was quickly overturned as the team ran the bench with great success to claim their second win of the weekend.

The first quarter saw Kildare storm out to a 9-2 lead as Portlaoise were caught napping early on. Kildare punished Portlaoise’s lack of cohesion and intensity as they got out on the break with Alan O’Neill and Sinadu finishing well at the basket. Sinadu kept the ball rolling for Gliders as he added a three pointer to his tally of scores.

Peter O’Sullivan penetrated the Kildare zone defence as shots were not dropping from deep for the home side. Jack Scully and Peter Duignan went to work in side and quickly closed the gap to two points late in the quarter.

Alan O’Neill continued to cause problems for Portlaoise as he got himself inside the key all too easily where he managed to evade the Panthers big men to hit two more baskets on the trot. A fine score inside the key from Eugene Walsh finished the quarter but Portlaoise still trailed by three points although they still hadn’t got out of first gear.

The second quarter was much more like what is expected of a Panthers men’s team as Rody Mc Evoy brought control to their play. McEvoy stepped up himself to hit two massive three pointers to give Portlaoise their first lead of the game which they never relinquished.

Peter Duignan and Jamie Dooley were immense both ends of the floor as their dogged workrate reaped rewards for the Panthers, Duignan netting three baskets in the quarter. The introduction of youngster Liam Kinsella gave Portlaoise another option as his quick step allowed him score a basket on the break and he hit a big three to give his side their biggest lead of the night.

But Gliders rallied back with O’Neill leading his side with five points on the trot with a three pointer and two free throws but he continued to pull the strings setting up scores for his team mates. At the break Portlaoise Panthers took a one point lead on a scoreline of 33-32.

The second half was by far Portlaoise’s best offensive half of the year as they put up a massive fifty points. They changed up the defence to counteract O’Neill’s influence on the game which worked well throughout the quarter.

Portlaoise began to move the ball around in offence and took the right options time and again with Jack Dooley hitting from range while Duignan and Jamie Dooley continued to pound the boards inside. McEvoy, Higgins and O’Sullivan hit Gliders for easy scores down the centre of their defence to open up an eight point lead at the end of the third. The game was still in the balance as Gliders were capable of scoring from anywhere on the floor.

The fourth quarter saw Portlaoise rotate in ten players which seemed to keep the intensity going for the whole ten minutes as they put up twenty nine points with seven different players getting their names on the score sheet. Mark Bartley and Chris Higgins took advantage when left one on one in offence as they put up the first nine points of the quarter.

Alan O’Neill began to take over the Gliders offence as he showed his array of range and skill hitting three three pointers on his way to a personal tally of thirty four points in the game. Peter Duignan added seven points in the final quarter and Tiernan Dempsey came off the bench to score a beautiful hook shot. Jack Dooley finished off the scoring for Portlaoise as they took a fifteen point win and a second victory of the weekend.