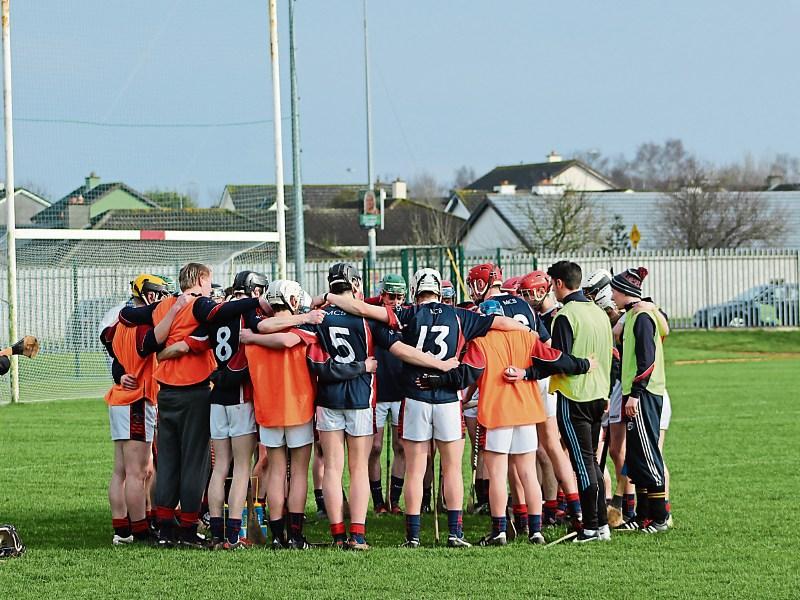 Mountrath CS saw their dreams of Leinster Colleges 'A' SHC final place ruined on Saturday afternoon, as they lost out to Kilkenny CBS in Eire Óg, Carlow.

Mountrath had played some wonderful hurling en route to this encounter, and they played some lovely hurling on the day here too, but they just found Kilkenny CBS too strong.

The Noresiders slipped into a higher gear ten minutes before half time and Mountrath, for all their efforts, struggled to stick with them.

There was just one point separating the teams at the 20 minute mark - 0-4 to 0-3 in favour of Kilkenny - but by the time the whistle sounded for the interval, Kilkenny CBS were 2-8 to 0-5 in front, and already had one foot in the final.

It can be disheartening to see Kilkenny teams so dominant at all grades and competitions in Leinster, but you have to admire them too. It seems ingrained in their DNA as to how to go for the jugular when they sense a team is vulnerable, and they are masters at killing a game off.

Mountrath will be disappointed to see their dreams of a Leinster 'A' title come to a close, but their mere presence in this game is a massive boost to Laois hurling. Having lost last year's All-Ireland 'B' title, the temptation was no doubt there to remain at the 'B' grade and have another go at an All-Ireland title, but instead they showed real ambition and headed into the 'A'.

Considering this was their first time in the SHC 'A', they can be justifiably proud of making the last four, and with a stable of promising hurlers in the school, hopefully they can become a fixture at this grade for years to come.

They played well for long spells of this game, even if Kilkenny did get off to a bright start with early points from John McEvoy and Conor Heary. Aaron Dunphy responded for Mountrath to settle any early nerves, but Seanie Bolger hit straight back to restore Kilkenny's two point lead.

After a few minutes without a score for either side, Mountrath started to grow in confidence, and two points from Aaron Dunphy had the teams level after 15 minutes.

John McEvoy and Bolger (free) edged Kilkenny CBS back in front, but Mountrath were competing really well at this stage, with little hint of what was about to come. A booming clearance from the Kilkenny defence landed in the Mountrath square, and Bolger got the all-important tough to the ball to steer it past Oisín Bennett for a goal. Bolger then added a free to open up a six point gap, but Mountrath responded well, as points from Dunphy (free) and Dylan Conroy showed they were still a threat up front.

The next score was a real killer, however, as good work from Bolger ended with Conor Doheny firing in Kilkenny's second goal, and two Seanie Bolger frees meant Kilkenny CBS were nine ahead at the break.

Mountrath actually outscored their opponents in the second half, as Aaron Dunphy scored 0-7, including his team's first four points of the half.

The problem for them was that Kilkenny CBS were able to create a score whenever they needed it, and kept killing off any hopes the Laois school had of building up some momentum to launch a comeback. Mountrath battled manfully to the final whistle, but Kilkenny CBS were always in control.