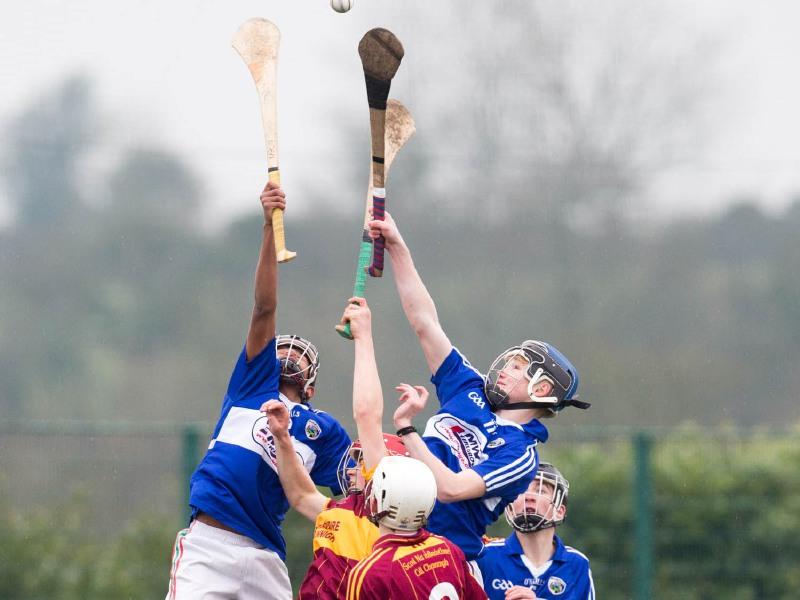 The Laois side were an incredible 19 points in front at half time, before taking their foot off the gas a little in the second period, allowing Kilkenny CBS to get back into the game.

It was only a face-saving exercise at that stage, however, as Laois were by far the more dominant of the teams, and but for some wayward shooting by the home side in the second half, could have won by a far greater margin.

Kilkenny CBS had gotten off to a bright start thanks to a free from captain Tomás Dunne, but it was quickly cancelled out by Laois' Aaron Brennan.

Cathal O'Shaughnessy then gave Laois the lead for the first time, but a strong run down the left wing from Kilkenny's David Dowling ended with him tapping over the bar from 25 yards out, and after seven minutes the scores were level at 0-2 each.

From that stage on, however, the half was dominated by Laois. Excellent work from Adam Broady set up Aaron brennan for a point, before the first goal of the game arrived when Cian O'Shaughnessy appeared to get the final touch to a loose ball in the penalty area to send it into the bottom corner.

A strong run Aaron Brennan ended with him kicking the ball to the net, and he and Conor Goode quickly added points to put plenty of daylight between the sides.

Laois' third goal came from a Brennan 65, as he landed the ball in the square and Cian O'Shaughnessy double on it, sending it flying to the back of the net.

Aaron Brennan then got his second goal after good work from O'Shaugnessy, and the Ballinakill man then brought up his hat trick before the break after another long ball into the square.

All that meant that Laois were 5-7 to 0-3 in front at the interval, with Kilkenny CBS needing a miracle to get back into it.

To their credit, they switched their team around did improve after the break. Tristan Roche got a goal for them in the 37th minute when he swept home the rebound, following a brilliant David Sheeran save from Tomás Dunne.

The visitors managed two more goals in the half, from Dunne and Billy Brennan, but they were matched by Laois Schools, as O'Shaughnessy got his fourth, while sub Paul Ruddy also raised a green flag for Laois.

Lee Maher got the final score of the game with a point, as Laois ran out well deserved winners.