The Harps make it two wins from two in Palmer Cup 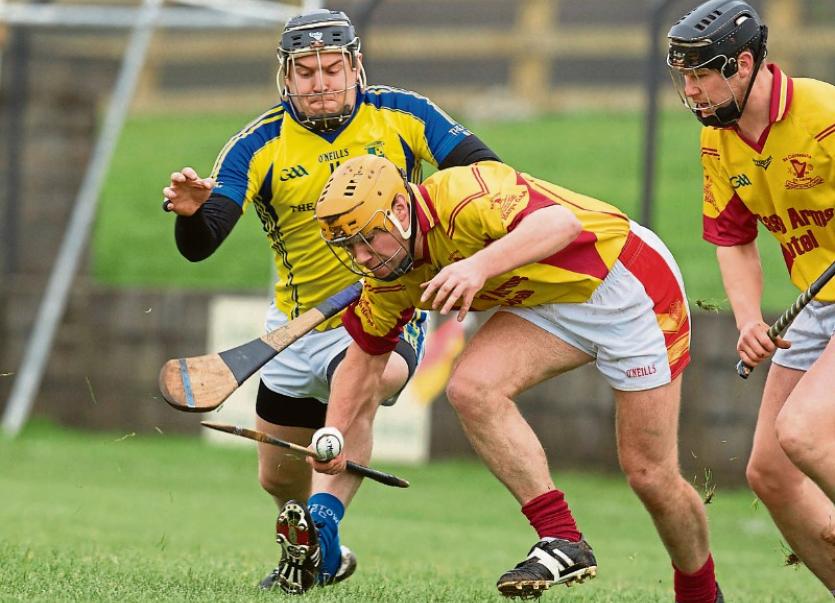 The Harps made it two wins from two in the Palmer Cup as they got the better of Abbeyleix in blustery conditions on Saturday in Durrow.

A strong cross-wind made it a difficult afternoon for both teams, although The Harps eventually got to grips with it much better than their opponents.

The hosts looked to have a bit more work done even at this early stage of the season. While form in February is of little consequence at the business end of the year, after the scare they had last year, there appears to be a resolve amongst The Harps to avoid a repeat in 2016.

They opened the scoring here in the third minute, and did so in style too, as Michael Lanigan pointed a sideline cut from the right wing. A full nine minutes would pass before another score was registered, with the wind causing havoc for both teams when it came to getting the ball over the bar.

Chance after chance drifted wide, but The Harps eventually broke the run when Lanigan pointed from play. Eugene Hearns responded for Abbeyleix with a free, but The Harps quickly cancelled that out when John Prior launched over a point from long range.

Conor Brophy then set up Lanigan for his third score as The Harps went 0-4 to 0-1 ahead, with Abbeyleix continuing to struggle in front of goal. Eugene Hearns hit back once more with a free, but The Harps were quickly back into their scoring routine.

Michael Lanigan pointed a free, before good work from Eoin Clancy saw him offload to Pat Walsh, and he made no mistake from 40 yards out push his side four ahead.

Walsh was proving to be a handful for Abbeyleix, and he drew a foul soon after his own score, and Lanigan applied the finish.

It had been a disappointing half for Abbeyleix, but they did finish with a score when Eugene Hearns pointed another free, although he almost got a goal, with Kevin Galvin's reactions tipping the ball over the bar.

Dayne Peacock took over free-taking duties for the second half and he tapped one over with a little over a minute gone to get Abbeyleix within three, but that was as close as they got.

Greg Aylward, on as a sub at half time, put the finishing touch to a driving run forward from Pat Walsh to score the only goal of the game. The Harps lost top-scorer Michael Lanigan to injury after that, but it made little difference overall, as Abbeyleix went almost 20 minutes without a score.

The Harps just managed their way through the game after that, with some impressive scores from Shane Donohue and John Prior to see them claim a nine point win in the end.