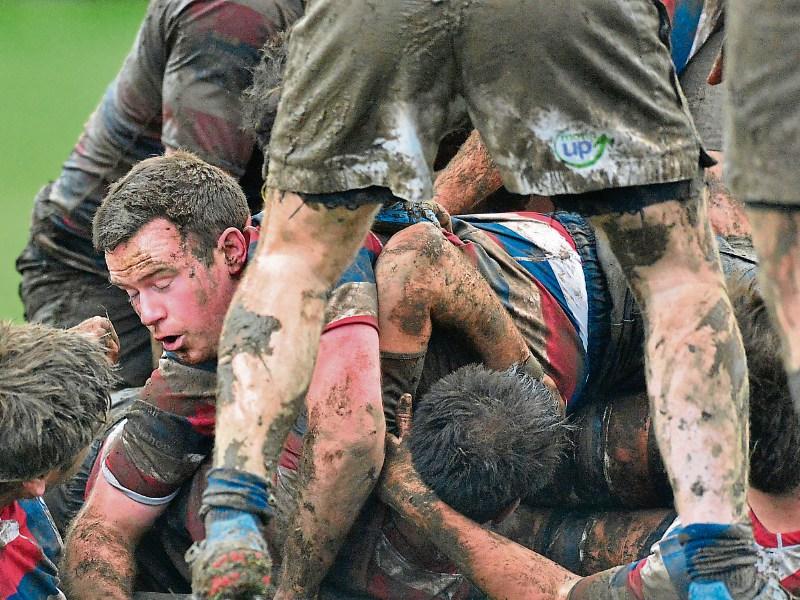 A year can be a very long time in sport. The last time Portlaoise visited North Kildare, one year ago, they left utterly defeated, conceding five tries and not scoring, it was a low point of the season.

Portlaoise’s fortunes have changed in that year. They have become a force to be reckoned with again. Their victory away to a strong, in form North Kildare team in Round 2 of the Towns Cup only cements this.

Portlaoise travelled confident in their own ability but fully aware of the task that was facing them. North Kildare did not disappoint and applied unrelenting pressure on the Portlaoise defence in the opening 20 minutes. Their fast start had Poartlaoise stretched more than once but a combination of handling errors and excellent cover defence kept North Kildare from scoring the game’s first try.

That changed however when North Kildare were awarded a penalty in the Portlaoise 22. From the resulting line out North Kildare drove towards the try line, Portlaoise repelled the first attack but were unable to keep the hosts at bay. North Kildare crossed in the corner to open the scoring. An unsuccessful conversion left the score 5-0 to North Kildare.

Portlaoise were unable to take the momentum from North Kildare. Playing into a strong wind they were being pinned back inside their own 22 and relieving kicks were not having the desired effect. North Kildare sensed that Portlaoise were vulnerable and continued to attack at pace. Their second try followed quickly and from a ruck on the right wing they broke unopposed to cross for their second try. This time the conversion was successful and with 20 minutes played Portlaoise were 12 points down.

Things were to get worse for Portlaoise as Gordon Matthews was shown a yellow card for an infringement in the line out. Down to 14 men Portlaoise rallied. They gained possession of the ball and for the first time launched a sustained attack. The forwards carried into the wind making gains each time but recycling well. Portlaoise wound down the time on the sin bin, denying North Kildare possession but at the same time building their own confidence.

Sensing a weakness Portlaoise scrummed a further two times. The referee then ran under the posts signalling a penalty try for Portlaoise. Scully added the conversion leaving the half time score North Kildare 12 Portlaoise 7.

With only 13 men facing them and a strong wind at their back Portlaoise set out to start the half as strongly as possible. They didn’t have to wait long for their first score. From a penalty they kicked to within five metres of the try line. The resulting maul was judged to be held up and a scrum awarded. Portlaoise dominated again, drawing a further two penalties before the referee awarded Portlaoise their second penalty try of the game. Scully added the conversion to move Portlaoise in front for the first time on a score of 14-12.

Momentum had shifted and Portlaoise were now in the ascendency. North Kildare were not about to easily surrender their lead however and attacked Portlaoise, carrying hard against them and running at space.

Portlaoise were clearly under pressure and received two yellow cards in this hectic five minutes. Eventually, close to their own try line, Portlaoise stole the ball and cleared deep into the North Kildare half. For the remainder of the half Portlaoise were exceptional in their defence. They chased well and covered receivers and tackled superbly not missing a single tackle. Portlaoise dominated the tackle area often driving the opponent back.

Portlaoise sealed the game with 10 minutes remaining. Seeing a gap in the North Kildare defence the Portlaoise backs ran through the space passing well and releasing Ross Cooper who touched down for a try. This moved Portlaoise 19-12 in front. Kevin Griffin killed off any chance of a comeback when he received the ball at speed. He went through the North Kildare defence and crashed over two defenders to score Portlaoise’s fourth try of the game. Scully failed to convert both tries but Portlaoise were now 24-12 in front.

North Kildare responded late on with a try of their own. It was not enough to disrupt a Portlaoise team who were dominating. The final whistle saw Portlaoise celebrate an excellent 24-17 victory away from home. The memories of a year ago had been banished and Portlaoise took their place in the last eight of the Provincial Towns Cup.

The team move forward to the weekend where they will play local rivals Portarlington, looking for a victory to keep them on top of the league.