Corri hat-trick not enough as Wicklow claim the win 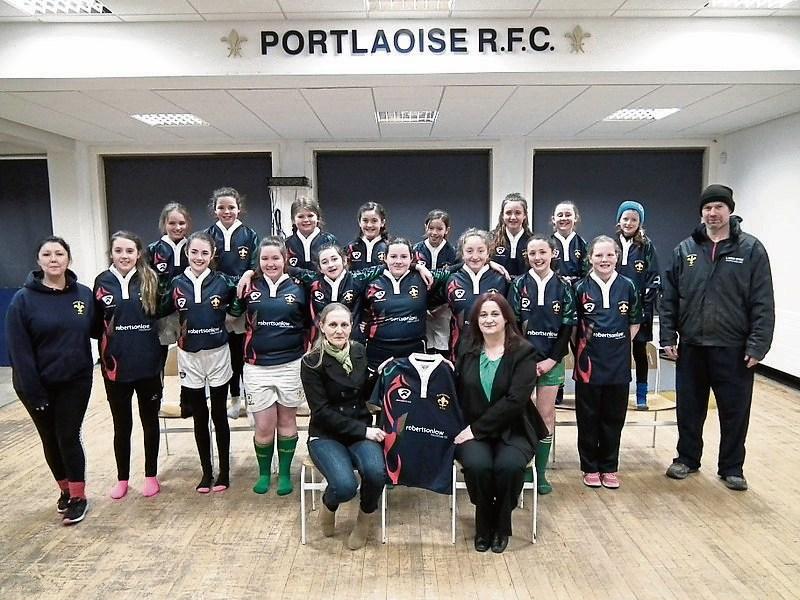 Ashtown Lane in Wicklow town was the venue of the re-match of Portlaoise and Wicklow. Portlaoise were dominant in the first encounter at Togher but this encounter presented a different prospect.

Seventeen Portlaoise players made the trip to face a full Wicklow squad of twenty-two competitively drawn from a panel of thirty-eight girls.

A penalty enabled Mairéad Keogh to distribute to Louise Scully who passed to Liz Brophy. Brophy’s piercing run allowed Charlie Walsh to pick and go off-loading to Eimear Corri who handed-off Wicklow defenders to score the first try of the game.

But Wicklow retaliated almost immediately form a ball turned over in a ruck providing a line break for their speedy winger. The conversion put Wicklow ahead at 7-5. A period of well-won possession by Portlaoise was spoiled by persistent successful counter-rucking by Wicklow. Eventually this led to another break-away try by Wicklow.

Portlaoise mounted an offensive bringing play into Wicklow’s half. From this launch pad Tiarna McEvoy, Sarah Miller and Kate O’ Neill combined with Niamh McGlynn in a looping movement that culminated in Eimear Corri making a scorching run through the Wicklow defensive wall to score a try and leave the half-time score at 12-10.

With the benefit of substitutes Wicklow came out an invigorated side and quickly added another try to the board. It wasn’t long before they pressed home advantage to score another converted try. Portlaoise rallied and a period of fine forward play coupled with an impressive performance from the back-line yielded a third try from Eimear Corri with a conversion from Liz Brophy. To bring the score to 24-17

What looked like the star of a come-back was stopped in its tracks and the Wicklow whirlwind blew too hard with the addition of 14 more points to yield a final score of 38-17.

Portlaoise played well in most areas but showed a weakness in protecting the ball in the ruck and less than robust tackling. Portlaoise may hold on to their second seeding for the championship and may meet Wicklow again on neutral ground.